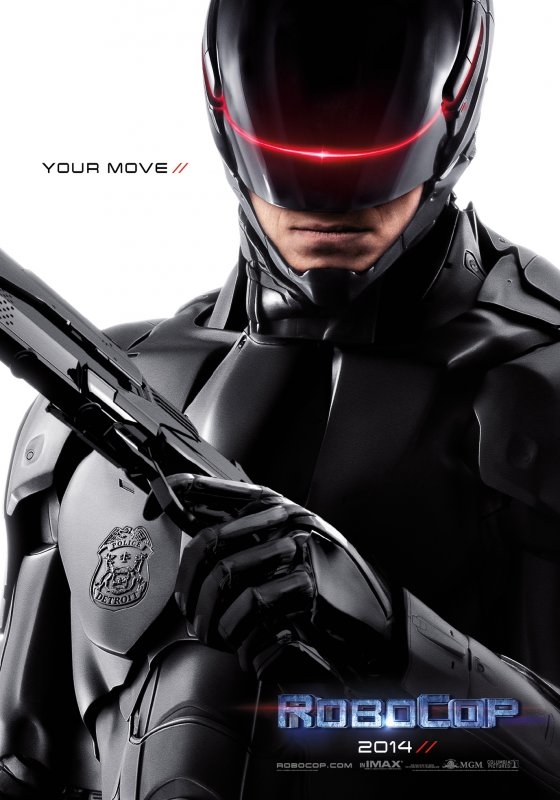 It’s the age of the remake. The last few years have seen a slew of beloved 80s cult classics go under the knife, with mixed but broadly awful results – from the lifeless gore of Evil Dead to the forgettable glitz of Total Recall, via Red Dawn, Footloose and Arthur, the remake machine has churned out very little worth watching. And so, the plans for a remake of violent, satirical 1987 masterpiece Robocop had us tearing our hair out How could a modern rendering, with a PG-13 rating of all things, ever hope to compete with the intensity, the madness, of the original?

In the year 2028, multinational conglomerate OmniCorp is bleeding billions due to a pesky little law that bans the use of robot security forces on home soil. CEO Raymond Sellars (Micheal Keaton) comes up with a simple solution: put a man inside a machine. Enter long-suffering police officer Alex Murphy (Joel Kinnaman) who becomes critically injured while battling the tide of drugs and corruption flooding Detroit. With the permission of his wife Clara (Abbie Cornish), Dr. Dennett Norton (Gary Oldman) goes to work with a noble plan – giving a man another chance at life – only to succumb to the pressures of the company and create a cold but impressive robot. But, even when he’s part robot, a man’s spirit can only be subdued for so long before he overcomes his programming to uphold the truth.

Is RoboCop as extreme as its predecessor? Not quite. As per its rating, there is a lot of decidedly bloodless violence; most of the battle scenes involve Murphy taking on his fully robotic counterparts which, while impressive in pace and complexity, means there’s no gore in sight. The one time he does go up against human baddies the sequence is lit solely through the use of gun flare, leaving the violence hidden behind these staccato bursts of light. But what RoboCop may lack in vehemence it makes for in grounding. Screenwriter Joshua Zetumer has taken pains to bulk up the essence of the story, fleshing it out so that the science takes centre stage and actually makes sense.

Unlike before, Murphy doesn’t become a robot overnight. Instead he begins very aware of the body that, initially, is just like any other prosthetic. This awareness means he is less than 100% efficient, an issue which Omnicorp must rectify in order to create a marketable product on which the American people can rely. While in 1987 villains like Dick Jones and Clarence J. Boddicker were blatantly, sickeningly greedy, selfish and downright evil, here the villains play out more like the diet versions of the originals – materialistic, self-absorbed, but more nasty than out-and-out evil. Add to this an expertly tightened plot and you have a story that is smarter, deeper and thus more interesting.

And yet, it’s not entirely right. One of the great things about Robocop was its inclusion of the gum-popping, kick-ass female Anne Lewis. But in 2014, for reasons unknown and unfathomable, this character has been turned in to a male named Jack who does adds nothing remotely important to either the story or character development. If the intention was to focus on the character of Clara, then leaving Lewis out completely would have been the better and less distracting choice. Action-wise the 2014 edition also comes across rather sparse. Had they included just one more scene geared toward this (maybe one establishing RoboCop within his new patrol duties) they just might have aced the remake test.

RoboCop certainly goes to great extents to do right by its inspiration – and, looking through the analytic eyes of its hero, the result is a superior film. But for sheer entertainment value, the sleek, polished 2014 model just can’t compare with the original.