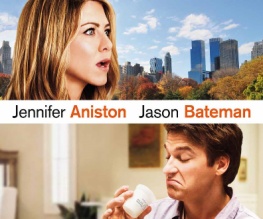 The opening scene of The Switch is unexpectedly joyous. A startled looking fellow in a beanie hat (or, as Aniston’s character Cassie calls him, a “mentally ill”) says what he sees from his patch on the sidewalk. “I see a… gimpy pig-face with a stick. Gimpy…. pig-face with a stick.” A woman walks by who… well, this guy says what he sees. Cassie’s best friend Wally (Jason Bateman) passes the beanie hat man and also gets a summing-up. “Weaselly… weaselly-eyed manboy!” “What? Are you referring to me?” asks Wally. There is an awkward pause. “Weaselly-eyed… manboy,” mutters the mentally ill.

Unfortunately, although genuinely better than expected for a low-brow rom-com (and that’s not saying much for the genre), The Switch is still all downhill from there. Consider The Switch a neatly-executed slalom if you’re addicted to romantic comedy, or just really like slaloms, dude, and a tromp down a broken escalator if you’re not, or don’t. What saves the film is that it’s actually not so much a romantic comedy as a sweet-natured coming of age drama about a father and his estranged son. Only it’s not the boy that comes of age… it’s the man. Raaaah! This slalom just gone crazy!

The Switch: This comedy needs an enema

The plot nominally centres around New York singleton Cassie (Jennifer Anniston), who’s looked down to see the number 40 dry-humping her leg. With a lack of decent boyfriends around (her best friend Wally doesn’t count), Cassie opts to buy a sperm donor, and locates a gorgeous, sporty and married lecturer in feminism to do the honours – much to Wally’s disgust, as he now has sperm-envy and can’t understand why Cassie won’t allow him to give a helping hand.

When Cassie’s brassy and loud (dress sense, decibels, natch) best friend Debbie (a woefully miscast Juliette Lewis) throws a chic insemination party, Wally gets drunk and secretly switches Uberman’s sperm donation with his own. Fwap! It’s okay, though – for one thing, he donated with the aid of photos of Diane Sawyer from Good Morning America, which is a really wholeseome thing to do. For another, we’re still allowed to like him because he was drunk, and because he has no recollection of the event afterwards so it’s not as though he was avoiding an awkward conversation. We wouldn’t want to go around thinking he was a weaselly-eyed manboy, now, would we?

With the aid of a jarring voiceover and some super-speed seasons we fast-forward seven years. Wally still doesn’t know he is a father, and is set to meet his seven year old son for the first time. Hurrah! Now the film can finally begin!

Actually, after an excruciating first half-hour (insemination party? Puh-lease, girlfriend) The Switch really picks up at this point. Maybe because it’s not really Jennifer Aniston’s film – it’s Jason Bateman’s. This is probably not Aniston’s fault. The script gives her no characterisation other than ‘be a woman with nice hair who wants to turkey baste herself a kid’. To be fair, Aniston delivers. The real human interest comes from Wally’s cautious attempts to bond with his equally hypochondriac and insular son over their shared mistrust of the world before Gorgeous Feminist Uberman comes along to ruin everything. The Switch also benefits from a neat cameo from Jeff Goldblum, who grows ever more gawkily attractive and accomplished with age. He may not have much to do in The Switch, but as Wally’s boss he’s still a scene-stealer.

The Switch: Attack of the superlatives

As a not terrible comedy with an endearing hypochondriac kid and Jennifer Aniston being made to say things that manipulate you into considering her relationship with Brad and Other Men in The Real, and Whose Team Are You On Anyway, this summer’s romantic comedy doesn’t go far wrong.

Previous: Diary Of A Wimpy Kid
Next: Top 10 British films of the last ten years 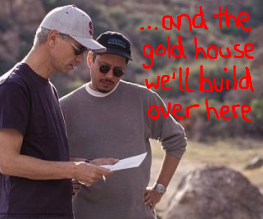