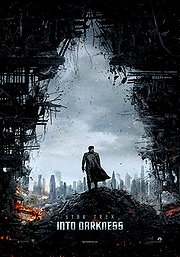 Captain James Tiberius Kirk (Chris Pine) of the USS Enterprise is enjoying his captaincy – that is, until he is demoted to first officer after breaking the Prime Directive to save the life of his right-hand Vulcan Spock (Zachary Quinto). After a series of terrorist attacks by Federation agent John Harrison (Benedict Cumberbatch), Kirk manages to convince the head of Starfleet, Admiral Marcus (Peter Weller), to allow him to chase Harrison to the Klingon homeworld of Kronos. Little does he know how dangerous his quarry truly is… 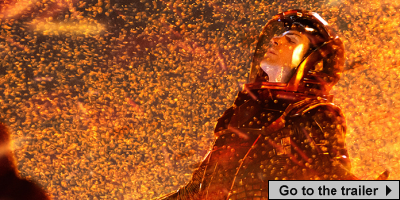 Star Trek (2009) was possibly the most successful reboot in cinema history. Director J.J. Abrams took a beloved franchise that had gone stale and made it his own, having an understanding of the characters and situations that had been established for over 40 years. The sequel, therefore, had to be a step above even that to please the oh-so-judgmental Trek fans. Taking the incredible action featured in the previous film, Abrams has managed to create a monster of a high-octane action film, with as many set-pieces as there are stars in the galaxy. It’s simply gorgeous (you can, however, skip the 3D version), and never stops trying to push the sense of urgency and danger. This it does by creating tangible relationships between the actors and the audience. Whereas most other effects-driven action films fail in this regard (did anyone, for instance, give a damn about Sam Worthington in Avatar?) Star Trek Into Darkness has an amazingly engaging core cast. 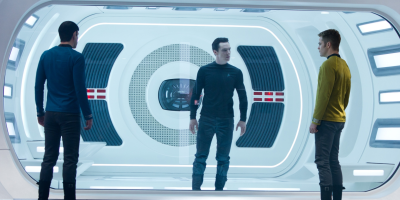 Chris Pine has really come into his own as the central character. Kirk is headstrong, hot blooded, loyal and deeply flawed, but never to an extent that makes him unlikable. Pine brings a marvellous physicality to the role, demanding attention as soon as he walks into a room and throwing (and receiving) blows that look like they connect. He’s the audience’s entry into the spiffingly shiny world of Star Trek and he performs brilliantly. Zachary Quinto is also fantastic, his quasi-homoerotic back-and-forth with Pine firing on all cylinders (how’s that for phallic imagery?) His relationship with Uhura (Zoe Saldana) is as awkward and inexplicable as ever, but she more than picks up the slack. No one is going to accuse Quinto of being as nuanced and spine-chillingly fantastic as Leonard Nimoy, but he doesn’t let the side down. 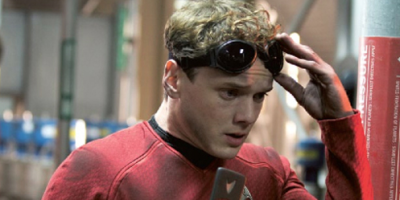 Every member of the cast – even pudgy and lovable Simon Pegg as Scotty – seems so at home with the big action set pieces that they can seem to homogenise into an indistinguishably action-hero mess. It takes away a little of the individuality we’ve come to expect of the Enterprise crew. New character Carol Marcus (Alice Eve) is sadly not on the same level, her presence feeling more akin to mandatory cast expansion and needless titillation than plot development, but it’s her oddly clipped English accent which feels the most off – it’s comparable to Don Cheadle‘s Cockney in Ocean’s Eleven, except that Alice Eve is actually English, so has less of a defence.

The true star of the film, however, is obviously Benedict Cumberbatch; a convincingly terrifying nemesis of an order not seen in a Star Trek film for decades. Emotional, passionate and utterly psychotic, every line he deliverers is like snapping chocolate. He is occasionally so terrifying in his expression that it looks as though he’s been CGI’d into a monster. Give this man a goddamn Oscar. It’s a real shame that he doesn’t get as much screen time as anyone would like, but it’s obvious that giving him the desired 130 minutes out of the 132 available would be ridiculous. 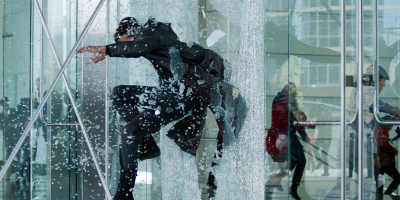 Cumberbatch’s Harrison has a few great quiet soliloquies, but these quiet moments are few and far between for everyone else. As adequate as the character developments are in Star Trek Into Darkness, on the whole they occur hovering over a volcano, or battling at warp speed, or running from heavily-armed forces. It’s an odd balance, and for the most part it works, but a few more scenes of quiet discussion wouldn’t have been a detriment to the film’s pacing, and may have just improved it. This is not to say any of the action scenes are unwelcome – they are all, let’s repeat that, ALL brilliant, proving that J.J. Abrams is an action director like no other in Hollywood at the present. However, the tension is so constantly being pushed ever higher that it has nowhere to go by the final scenes, so much so that the final stakes ring a little hollow, as any deus ex machina will tend to do. When the action does abate, Star Trek Into Darkness reaches emotional heights that far outweighs the photon torpedoing action. 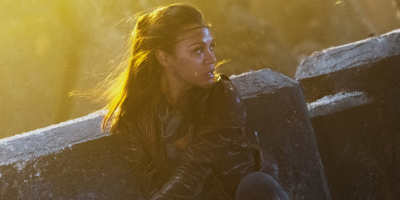 Despite its few flaws Star Trek Into Darkness is distinctly above par. Writer Damon Lindelof‘s usual inattention to detail is uncomfortably noticeable in the story progression, and the excellent supporting cast (Karl Urban, Anton Yelchin and John Cho are all BRILL) frequently feels underused. Still, this is what happens when you take a sprawling TV universe like Star Trek and reduce it down to a film franchise. Star Trek Into Darkness will undoubtedly be one of the highlights of the year in cinema – just don’t expect it to be as moving as Wrath of Khan, nor as satisfying as the Star Trek reboot. The universe would probably benefit more from a high-budget TV series rather than these oh-so-short movies, but that’s not to say we can’t enjoy ourselves while we’re here. Live long and prosper, J.J. Abrams!