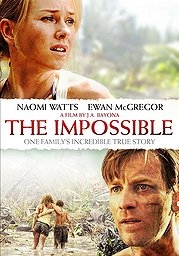 While The Impossible‘s title may be construed as a reference to the unimaginable struggle of the Belon family at the film’s centre, it could just as easily refer to the titanic task taken on by director Juan Antonio Bayona and screenwriter Sergio G. Sánchez. How do you do cinematic justice to a disaster which killed over 230,000 people without alienating either your audience or those involved?

Arriving in Thailand for a much-needed Christmas vacation, the Bensen family – father Henry (McGregor), mother Maria (Watts) and their three children Lucas (Holland), Thomas (Samuel Joslin) and Simon (Oaklee Pendergast) – all head straight for the pool. But just days into their stay, on the morning of December 26th, a freak tsunami hits their coastal retreat and devastates the surrounding area.

Inevitably, despite the efforts of all involved, the film has still attracted controversy with the ethnicity of the family attracting criticism in some quarters. Whereas the Bensen family were in reality Spanish, the filmmakers made the decision to portray them as ex-pat Brits on holiday from a work placement in Japan. It’s a shame, really, because distracts from the respect, honesty and accuracy that has gone into the film itself. But what of the tsunami itself? 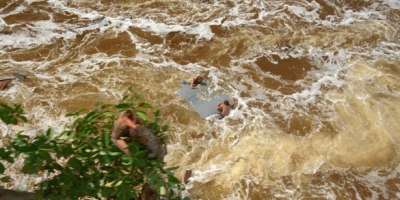 Having last directed 2007’s The Orphanage  – a superb but relatively sedate supernatural horror – Bayona nevertheless takes to the choppy waters of the American disaster movie with flare and precision. It’s impossible (there’s that word again) to imagine how the film’s scope and scale was captured on a sound-stage or rendered on someone’s hard-drive; the effects – both practical and computer-generated – are so devastatingly believable that you feel you are really there.

The Impossible isn’t some production lined pixel-parade in the vein of Roland Emmerich’s own filmography, however. As with that previous film, The Impossible is all about atmosphere. There is something distinctively Jaws-esque about the film’s opening sequence, as the camera bobs around on the oceanic swell of a threatening but as yet unrealised tidal wave. Even as the family celebrate Christmas, a brief use of hand-held camera work (not quite found-footage) expertly ensures that the menace continues to build. 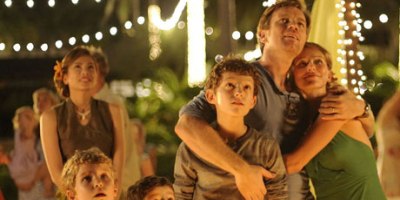 Ultimately, it is the incredible cast that keep audiences engaged once the tsunami has hit, with the combined power of the central performances proving far more devastating than the wave itself. While Watts moves as the wounded mother suddenly reliant on her eldest son, and McGregor breaks hearts with one of the most upsetting phone calls ever committed to screen, it is newcomer Tom Holland who impresses more as the resilient Lucas. Thanks to Bayona’s unflinching direction, you witness every second of the family’s combined – or should that be separate? – suffering.

While the score and dialogue err a little too often towards maudlin and manipulative, the fact that this is based on a true story helps it to overcome the sheer implausibility of the story. Even removed from reality, however, the performances of all involved are so strong that this would work just as well as fiction as it does as “fact”.