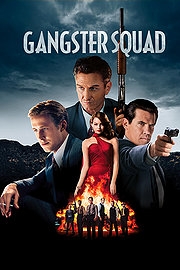 Detective John O’Mara (Brolin), a cop whose methods are unconventional (but by God he gets results!), is bristling under the indignity of working for an LAPD in the pocket of the town’s leading gangster (Penn). Seemingly alone in his smouldering indignant anger, it soon transpires that none other than the gruff, no nonsense and morally upright Chief of Police Parker (Nolte) shares his feelings of disgust and contempt for criminality (who’d have thought?). However, because the mob owns the judges and politicians, it seems the only way the good cops can rid Los Angeles of its powerful criminal element is to turn a bit criminal themselves.

Parker commissions O’Mara to execute a little ‘off the books’ mayhem in the town by forming a gang of cops including Jerry Wooters (Gosling) Coleman Harris (Anthony Mackie), Conway Keeler (Giovanni Ribisi), Navidad Ramirez (Michael Peña) and Max Kennard (Robert Patrick). Their job is to use whatever means necessary to target the operations of Cohen to such an extent that he will no longer be able to maintain his network of bought-and-paid-for public officials, thereby freeing the City of Angels from its ‘foreign occupation’ (at the beginning Penn plays Cohen with a Russian accent, but loses it as soon as his sexy elocution coach, played by Stone, is introduced.)

Gangster Squad reminded me of a video game, with an opening voice-over by leading man Brolin dripping with portentousness and faux-profundity before an immediate brutal fight scene in which a few people must have died; I can’t remember and it doesn’t matter. The film was very keen on scenes of extended physical violence, again very reminiscent of a few thousand or so video games being played across the world at the minute. Gangster Squad‘s uber-gangster, Micky Cohen, is a former boxing champion, and the film climaxes in, predictably, a punch up with Brolin. Whatever slight exposition the picture chooses to provide is splintered in-between these myriad gruesome action scenes, with guns by no means taking a back-seat. Dialogue is delivered in two notes: either in urgent serious moralizing, or camp over-the-top shrillness. Sean Penn’s performance as Cohen is the most bizarre of the picture, an over-stuffed wax-work chimney spouting lines that we are clearly meant to accept as profound such as “I like having only one fork, it means you don’t make a mistake,” (an observation that I doubt anyone has ever made before, probably because it means nothing), but which merely puff out into the air, lingering only long enough for us to shrug. 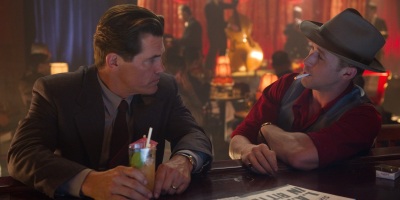 This seems to be one of the central problems with Gangster Squad. It’s all surface, well crafted, cleverly stylish, yet the substance of the piece cannot be constructed on such shiny, slick ground. Of course the other reason why when we look for depth we cannot find it is that Gangster Squad is essentially a remake of The Untouchables, or L.A. Confidential, or countless other examples of the genre from which the film borrows everything about itself but gives nothing back in return. The one-dimensional characters are there to facilitate a simple narrative of good against evil as uncomplicated as their performances. Yet there are so many interesting things the film could have done had it looked beyond its over-arching aim of creating a faithful example of the gangster-movie genre. The historical setting of post-war Los Angeles provides many opportunities for comment on the nature of American society at the beginning of the second half of the twentieth century, other than reiterating, again, that one of the cruxes upon which that society rests psychologically is unfettered lawlessness enforced by gun-violence. As if we need to be reminded of that. 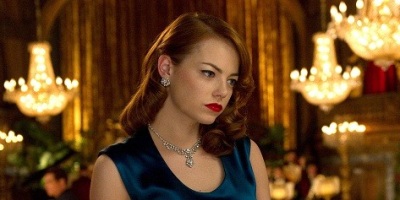 The stylishness began to become nauseating about half an hour in, a feeling encapsulated in yet another bland turn by Gosling. In Drive, his blank enigmatic stillness was menacing, a perfect vessel within which to contain such a substance of brutal psychopathic tendencies. In Gangster Squad his purpose is again to look ‘cool,’ and the movie makes a tiresome point of filming him lighting a new cigarette in every scene he’s in. But his ‘coolness’ is deadening, sucking any potential for life or warmth from a character we are supposed to be cheering on as a weary standard-bearer for ethical law-enforcement in morally bankrupt times. It is too much to expect an audience to invest sympathy in a human automaton constructed, however beautifully, for the exploitation of the fashion industry. It would be easy to regard this film as an inevitable product of the terrifying merger of the industries fashion and video games, a piece full of apparently knowing clichés, well-tailored period costumes paired with savage and inhuman violence and break-neck pacing. Yet both of these industries are rightly known for their innovation, and there is nothing about Gangster Squad that is original, or even mildly surprising.