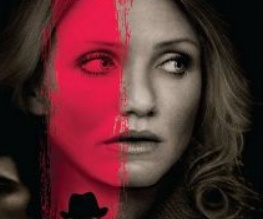 If someone offered you a million dollars with the knowledge that if you took it, someone you don’t know would die, would you accept?

This is the interesting central question of The Box, based on the short story ‘Button, Button’ by Richard Matheson. Simple questions of human morality can make  great film premises and often the slow collapse of personal values – seen in films like Indecent Proposal or A Serious Man – can be much more riveting than yet another block-buster filled with explosions and nakedness. Sadly, The Box is not one of these riveting films. And it’s mainly because it tries to be a blockbuster filled with explosions and nakedness instead.

What Would Donnie Do?

This is a very bizarre film. Of course, any film by Donnie Darko director Richard Kelly was always going to have the stamp of the surreal, but in a story that depends so much on the gritty tension of human morality his trademark style falls totally flat. The story begins well, with mother Norma (a relatively interesting Cameron Diaz) fretting about the future of her son Walter’s schooling. She and her husband Arthur (an utterly uninteresting James Marsden) have scrimped and saved over the years so that Walter can get a good education, and their pockets only go so deep. Just when things seem desperate, a shadowy figure holding a small box knocks on their door and offers them a life-changing proposition. He explains that within the box lies a small red button. If pressed, they will receive one million dollars, and someone, somewhere will die. With that he leaves, and the couple are left to decide what they will do. So far, so good.

Unfortunately, from here the film begins to spiral into a story so ridiculous we have difficulty committing it to paper. The original short story is elegant and to the point – something that obviously didn’t appeal to big Head Honchos of Hollywood. Instead, this film treats you to 90 minutes of inane dialogue, supernatural ridiculousness and snowballing ‘shock’ revelations that become so mind-bogglingly bizarre and ill-conceived that you feel like your in one of your own rubbish dreams. Cringingly, the makers try and shoe-horn a bit of Satre in there too, making vague references to his play ‘Huis Clos’  (‘No Exit’) in the same way that Sesame Street would make references to… well… ‘Huis Clos’. Magic portals, lightning bearers, a zombie Father Christmas and a plague of nose-bleeds; it’s all here. And its all utterly unfathomable.

What’s happened here is a case of right film, wrong director. Or right director, wrong film. Kelly’s style – when used on the right material – can produce magic, but  is totally unsuited to this story’s subtle and creepy questions of morality. the result is a bit like dressing a distinguished old gent in a Moulin Rouge costume; embarrassing, utterly strange and nothing we would to pay to see.

Previous: Burton and Depp to Make vampire flick
Next: The Merry Gentleman