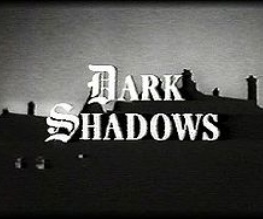 What are you more tired of, the phrase ‘Tim Burton and Johnny Depp’ or the words ‘vampire movie’? We’re not sure either, but for better or for worse, it would appear that we’re going to be hearing a lot more of both.

Dark Shadows was originally a US horror-soap in the 1970’s, and centred on a terrifying mansion and the strange things that went on within it. It became famous for its melodramatic style, ambitious music score and over-the-top supernatural storylines. It gathered a cult following as a ‘camp classic’, and now it seems that one particular story strand – that of the vampire Barnabus – will be getting the Tim Burton treatment. Depp will play the head vampire (stop yawning) and will probably be very cheekbone-y and deep eyed. Sorry Robert Pattinson, but your time as alpha toothy-hottie was always going to have a shelf life.

To be fair to Burton, he’s been talking about this project for years but has never quite got around to making the blasted thing. Waiting until the globe has been taken up with vampire-mania is either a genius idea or very, very boring. Either way – ridiculously predictable or not – we know we’ll probably end up desperate to watch it. Damn them.

Previous: The Inbetweeners Series 1&2
Next: The Box