The Bourne films (Identity, Supremacy, Ultimatum) are all based on the novels of the same name by Robert Ludlum. Matt Damon gets fished out of the Mediterranean Sea, unconscious and naked (inside his wetsuit). He’s been shot twice in the back and implanted in his hip is the address of a safety deposit box in a Swiss bank account. With no memory of who he is, he sets off across Europe to discover who he is, what he’s done and why he’s so incredibly good at martial arts.

Every time someone dies. Sorry.

Every time someone says ‘red bag’. If you’re feeling really daring you can do it every time you see the red bag, but you might be forcing your compatriots into an extra sip (see above).
‘Get that red bag’, ‘Where’s the red bag’, ‘He’s got the red bag’, ‘Has Brian gone and bought a hundred baguettes again?’ ‘Oh shit, I think that’s a badger‘. Yep, that one’s an anagram. Anagrams also count. First person to find the red bag in Marie’s scooter shop at end of The Bourne Identity gets to make everyone else finish their drinks.

Every time someone says ‘Jason’, ‘Bourne’ or ‘Jason Bourne’. It’s about a man discovering he’s called Jason Bourne. He says his name a lot. 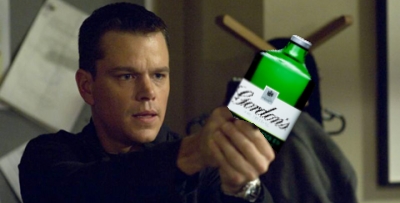 Every time Matt Damon does something cool and looks immediately abashed. Rarely has a man discovered he’s a massive badass with such a high level of embarrassment.

Every time you hear ‘Treadstone’ or ‘Blackbriar’. When you hear one or the other shout it back in a shocked voice and then drop and roll as though you were being shot at through the window.

Every time the location types across the screen. Read it aloud in an appropriately racist accent.

Every time Bourne uses a household object as a weapon. Say what you like about the CIA, they teach you ingenuity. 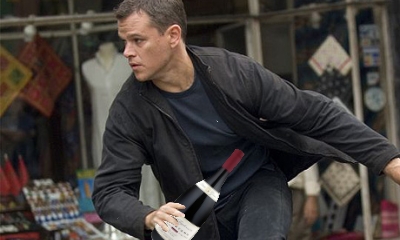 He Knows! He finally knows who he is! Oh god it’s over! He’s finally free! See off your drink Goddamnit! Look what this man has given! Look what they make him give! (Were you paying attention? There’s a quote in there. Only the attention payers will be rewarded)

Previous: Undefeated
Next: Jeremy Renner complains all the way to the bank