Whether you’re entirely behind the idea of more Star Wars films, or you’d rather lick a Wookie than sit through another childish, soulless abomination like the prequels, they’re going to be pretty unavoidable when they arrive, so you might as well soften the blow/enhance your excitement by allowing the original trilogy to get you suitably sloshed. 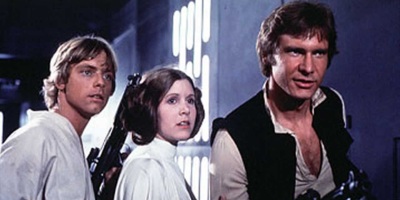 Whenever someone powers up their lightsaber.
Thirty five years on and still pretty much top of the list of made-up film shit we wish we could own, the lightsaber is one of the most iconic facets of the Star Wars franchise. And there’s nobody – nobody – that hasn’t tried to replicate the sound-effects at one point or another. Drink every time someone reveals their neon majesty.

Whenever R2D2 has something translated by C3PO
“George, you can type this shit, but you sure as hell can’t say it.” Those are Harrison Ford’s famous words to George Lucas, and quite justified they were too. One character didn’t fall prey to Lucas’ ham-fisted dialogue; little repair droid R2D2. Artoo actually had some of the best lines in the entire series – it’s just that our shit, fleshy ears and mushy biological brains can’t understand them. Thank god for effeminate whine-bot C3PO, who translates his bleeps and bloops for our entertainment. Drink for every translation.

Whenever a Stormtrooper couldn’t hit a barn door with an Imperial blaster.
If any of the Imperial Stormtroopers were even slightly competent – even just one of them – then the Rebellion would have been quashed within minutes. The number of opportunities they have to blast Luke, Han and co. into a pile of smouldering atoms is ridiculous, and yet they resolutely, steadfastly refuse to hit their targets. Han Solo? Never misses. The Empire really need a better marksmanship program.

BONUS ROUND: Down your drink whenever a Stormtrooper bangs his head. 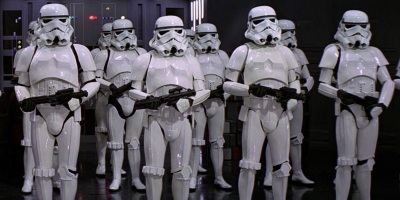 Whenever Darth Vader force-chokes somebody.
You know how it is; you’re trying to lead your empire to the top spot in the galaxy, all the while trying to reconnect with your long-lost son and help your boss out by ridding the universe of rebel scum… and you’re surrounded by incompetents! Poor Darth Vader; he’s trying his best, but he just can’t get the staff. Who wouldn’t want to force choke a few underlings in that scenario?! Drink in solidarity with Vader every time someone fails him for the last time.

Every time the story visits a new planet.
In fact, you can drink double for every time the planet only has one topographical feature. Tatooine: the desert planet. Hoth: the ice planet. Endor: the forest moon. And that’s not to mention the prequels, with Kamino: the water planet; Coruscant: the city planet; Mustafar: the volcanic planet; etc, etc. The only planet that probably had a bit of variation was Alderaan, and they went and blew it up before we even got a look! Drink two for every new planet – and double it if it’s lazily designed!

Every time Jabba the Hutt does that weird creepy laugh.
Yeah.

Whenever Luke and Leia are inappropriate with each other.
Definitive proof that George Lucas had no fucking clue what he was doing half the time, the reveal in Return of the Jedi that Luke and Leia are brother and sister renders a lot of what passed between them… well, just really, really creepy. It’s the sort of relationship you’d normally read in a shit, 30p lifestyle magazine. “When she fell in love with the man who rescued her from an evil dictator, she had no idea it was HER OWN BROTHER!” Drink three times to help you forget every time the brother-sister ickyness makes your skin crawl. 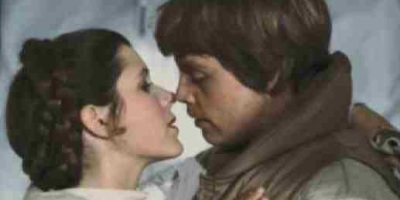 Whenever somebody mentions The Force.
Star Wars is ALL about The Force. But this is The Force when it was still a mystical and vaguely cool concept, before the prequels ruined it with bullshit pseudo-science and Midi-chlorians. In fact, so lasting is the legacy of Star Wars’ The Force that it has spawned its own tedious annual celebration on May the fourth, when people make startlingly unoriginal observations about the fact that “May the fourth” sounds a bit like “May the Force” and then expect the rest of us to roll around laughing and hail them as kings and queens of comedy. At heart, The Force is still the driving power behind the series, and every time someone mentions it, you’re drinking three in the hope that it will somehow imbue you with Jedi powers.

Whenever a character whose name you know dies.
Star Wars might not be the most hard-hitting of franchises, but it’s not afraid to kill off its characters. From Obi Wan’s noble sacrifice, to Yoda dying peacefully in his sleep, to poor Uncle Owen taking a blaster to the gut early on, if you know their name (Stormtroopers don’t count), then drink three in memorium.

BONUS: Drink three more if the deceased returns, either as a disembodied voice, or as a watery blue ghost thing. 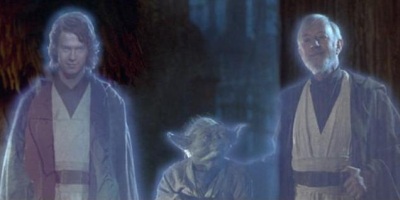 Every time it’s a trap!
Idiot rebel! You walked right into it! You IDIOT! Down your drink in shame. 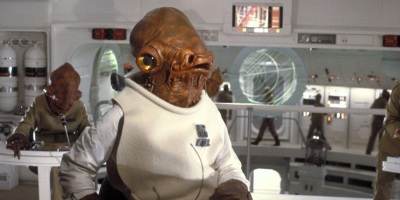 Previous: Breaking Dawn part 2 has a great sense of humour
Next: Jamie Foxx in talks for The Amazing Spider-Man 2