How Gnomeo and Juliet was allowed to happen

There is only one explanation.

Hollywood: Crantankers, I’m hungry.
All that is good and true: For more bits of ham?
Hollywoof: Heck nah. I’m getting my Shakespeare hungers again boy. Them pesky Shakespeare hungers…
ATIG+T: Oh God, really?
Hollywood: Yit.
ATIG+T: Where are you from, again?
Hollywood: Quiet, fool! It’s been too long since we proved that we could do them play things, but… but make them move real quick and blasty BUT ALSO real expensivey-like
ATIG+T: None of that made sense.
Hollywood: Quiet, fool! Name me some Shakespeare.
ATIG+T: Really? Can’t we just maybe leave the great works of historical –
Hollywood: QUIET FOOL! I SAID SPEAK UP FOOL!
ATIG+T: sigh. OK, erm, Shakespearean plays that haven’t already by choked by the cinematic vine… Are you sure you don’t want to try your hand at someone else? Something a little… less tapped? Webster, for instance; Bruce Willis is still up for The Duchess Of Malfi?
Hollywood: THE DUCHESS OF STUPID, you mean?
ATIG+T: I-
Hollywood: AHAHAHAHAHA seriously though, name me some Shakespeares
ATIG+T: That haven’t been done to death? Oh I don’t know… The Merry Wives Of Windsor? Measure for Measure, I suppose… Or Troilus and Cressida?
Hollywood: Thems better not be words you’re making
ATIG+T: … Thems?
Hollywood: NAMES ME SOME SHAKESPEARE
ATIG+T: OK, OK, well, erm… I suppose Hamlet has yet to have box-office success, and, Othello? To be honest, I suppose the only one out of bounds is Romeo and Juliet, considering how many-
Hollywood: Wait! Is that the one about Leonardo Di Caprio and a fish tank?
ATIG+T: In no way is it about that
Hollywood: YEAH I remember now! That was great! Did pretty well too, as I recall, all those posters start to add up…
ATIG+T: Well yes, if you mean the Baz Lurhman adaptation it-
Hollywood: Lots of people getting all shooty and dead
ATIG+T: It was wonderful to see the original text out into-
Hollywood: Problem was, their talking was all tangled up, heavy and pushy like an ugly horse, right?
ATIG+T: What? No, if anything
Hollywood: What we need is that story, but trim trim trim the fat.
ATIG+T: Trim the-
Hollywood: I’m a bit fan of the title, big fan. Iconic. But has it ever occurred to you that… it’s not very funny?
ATIG+T: Well…it’s a tragedy, so
Hollywood: You know what are funny? Gnomes.
ATIG+T: Well-
Hollywood: and you know what rhymes with gnome?
ATIG+T: I-
Hollywood; ROME
ATIG+T: What?
Hollywood: You know what they say, start with the title and work backwards!
ATIG+T: But… only bastards say that
Hollywood: Gnomeo And Juliet!
ATIG+T: This is inexplicable
Hollywood: Albert Shakespeare will be a VERY rich man after this
ATIG+T: So many things you just said are wrong
Hollywood: PICTURE THE SCENE: Some gnomes… some other gnomes… one of the gnomes is called Gnomeo. The pencil cases can also have the word “Gnomeo” written on them
ATIG+T: Is that part of the scene?
Hollywood: And there’s a fish in it! Or a frog, or pond or something – as an homage to the original!
ATIG+T: The original-
Hollywood: I can see it now – teaching children about really old stuff through the medium of convenient word-play.
ATIG+T: I can’t stress enough how bad this is.
Hollywood: Baby, I got to go make some calls. But I got a good feeling about this. And who knows, if they’d invented gnomes back in the 60s – the original might have been very different, know what I’m drinkin?

*Hollywood leaves, blotting out his cigar on a freshly birthed deer*

ATIG+T: Well… at least no one with any integity will ever agree to be a part of it. 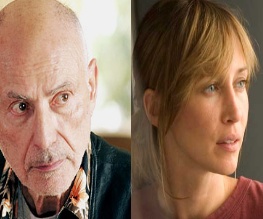 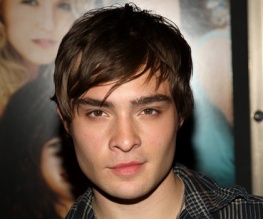 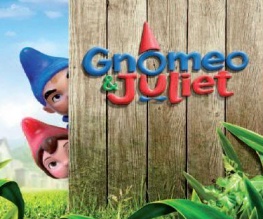