You’ve not heard of Steven Warne before. He’s not a giant in the world of stop motion animation film making, but rather one of the many hundreds of faithful artists who’ve sold their soul to this all consuming medium of film making. You have people like Steven to thank for the joys of Wallace and Gromit, and the up coming Frankenweenie of Tim Burton. If it weren’t for people like Steven, no one would bother to commit their time to making these truly special films. But why should you care about stop motion? Read on.

Best for Film: What got you into stop motion animation?

Steven: There were a few important steps in my childhood and teenage years that lead me along this path; I think like a lot of children, creating small worlds in which you can invent and control whatever you imagined always appealed to me. It’s natural for children to try to make sense of the world through playing, and I just see animation – or any art form for that matter – as an extension of this.

When I saw Wallace and Gromit at a young age something sparked inside of me; it was just so expressive and believable, yet the technique (as refined as it was) was also quite visible. You could see that it was made painstakingly by hand and I think I was drawn to that aspect of it. The idea that it was possible to create something so cinematic and full of life in miniature. I loved the characters, the world, and it seemed like a very accessible form of film making too, the fact that you could make a film on the kitchen table. That was quite a revelation!

Later on I realised that there was of course a lot more involved in the production of a stop-motion film, especially at a professional level. But I still feel that the childlike enthusiasm I had
to create life from something that isn’t real is what drives me. At the heart of it all should be good storytelling. That’s the key. You’re currently working on Frankenweenie; can you give us some background on the project and tell us how that’s going?

It’s about a young boy called Victor and his pet dog Sparky. Sparky stars in Victor’s home-made monster movies, but one day he’s hit by a car and killed. Victor decides to bring him back to life the only way he knows how; by taking Gothic inspiration from Frankenstein! When the bolt-necked ‘monster’ starts to wreak havoc and terror in the hearts of Victor’s neighbors, he has to convince them (and his parents) that despite his appearance, Sparky’s still the good loyal friend he’s always been. I’m currently employed as an assistant animator, which on this particular job means I get to animate the smaller shots in the movie and test the characters and effects. It’s a really rewarding job, and despite the fact that animating anything at this level can be demanding and at times very stressful, it also doesn’t feel much like a job. It’s what I do for fun!

Alongside your own projects, you’ve previously worked with Aardman and now with Tim Burton. What’s it like working with some of the biggest names in animation?

I was lucky to get a really amazing work placement at Aardman when I was 15. I think at that age I was totally blown away by it all. Aardman was the reason I got into animation, and
suddenly I was there amongst the people I admired. But it also made me aware of the reality of working in that industry. It’s not a glamorous life; the hours are long and the jobs
can be sporadic. Most stop-motion animators lead a fairly nomadic lifestyle, moving from job to job. It’s hard to make a settled life, but some do it. Animating can be such a rewarding thing
that the positives outweigh the negatives, but it has to be a passion though.

Working with any big name is a great learning experience, but a lot of responsibility comes with it. An established director like Tim Burton or Nick Park, is understandably very protective over their style and their vision for the film, which results in the parameters for the animator being narrower. It’s a real discipline and skill to recreate what the director has in their head. I work closely with an animation director who has an incredible understanding of the animation process so it’s been a great opportunity to learn new things every day.

There is a lot of money invested into big name projects, which means that anything that goes over schedule becomes very costly. There’s pressure to create both high quality animation and
to deliver the shots on time, and making mistakes can become really time consuming in stop-motion – a single shot can last days or even weeks. The pressure is always there. Is there a future for stop motion animation?

That’s opening a can of worms! If I knew the answer to that I’d possibly be able to sleep better at night. I think in the near future, things look good for stop-mo; there seems to be more big scale productions than ever before and hopefully more on the horizon. On a smaller scale, the technology is far more accessible now than ever, so it’s possible to make short films with next to no budget. A good idea will always shine through.

It’s impossible to say what might happen in 10 years though. Without wishing to sound pessimistic, I think the environmental and economic situation the world is facing will surely
have an impact on the film industry. I’d personally love to see more environmentally friendly stop-motion features made. It takes up so many resources to make just 90 minutes of film,
it really has to be worthwhile. For purely ethical reasons, these films should be timeless, not just seen in terms of how much money they make at the box office.

If you aren’t yet a fan of all things stop motion, try checking out Steven’s top five animated films:

To check out some of Steven’s own work, click here

For other stop motion films reviewed by Best For Film, click here.

Previous: How Gnomeo and Juliet was allowed to happen
Next: The Zombies finally have some direction 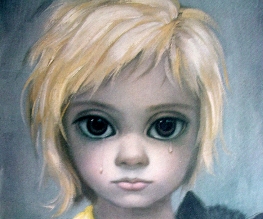 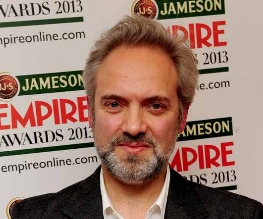 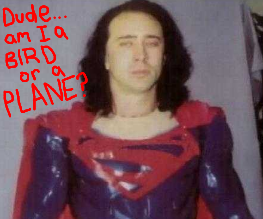