John Waters, the closest thing queer and transgressive cinema has to an Aslan, is also a big believer in the communal act of watching movies, which is how you end up with a film like his 1981 comedy Polyester. We went along to a recent recent screening held by Scalarama in London’s Roxy cinema (essentially a plush red room at the back of a swanky bar; the perfect setting for a Waters movie, and also the perfect setting for fancy nachos) as part of a fundraising drive for their (successful) Kickstarter campaign.

Waters is especially fond of the more ludicrous indulgences that came packaged with cinema’s zeitgeist peak; namely, completely mental gimmicks like Smell-O-Vision (“I believe Elizabeth Taylor still owns that,” he explains in a hilarious introduction recorded especially for the event). Sidestepping international copyright law, Polyester was initially released in Odorama – basically, whenever our protagonist starts aggressively sniffing something, you have to scratch a corresponding number on some scratch n sniff cards, lovingly replicated for this screening. Does it work? Well, our card went 1. Roses 2. Bleach 3. Bleach 4. Bleach 5. Bleach 6. Bleach 7. Farts 8. Bleach 9. Bleach and 10. Bleach, so… sort of? The card certainly looks cool on our wall.

Before we dive in, let’s have a bit of background. Polyester is a send up of what used to be known as “women’s pictures” – an exploitation genre, huge in the 50s and 60s, mostly concerning bored housewives in suburbia and their horizontal adventures with handsome strangers with giant white teeth. But this is a John Waters joint, so Francine Fishpaw (played by drag icon Divine) is married to a notorious pornographer (David Samson) and is the horrified mother of glue-addled foot-stomp-fetishist Dexter (Ken King) and the sexually hyperactive Lu-Lu (a delirious Mary Garlington: “I’m having an abortion, and I can’t WAIT!”). Despite the efforts of her best friend – the developmentally-disabled cleaning-lady-turned-millionaire Cuddles Kovinsky (Edith Massey) – things go from bad to worse, thanks to Francine’s scheming mother (Joni Ruth White), infidelity, heavy drinking, arrests and the dog hanging itself from the fridge. But can she claw her way back with the love of a man called Todd Tomorrow (bona fide old school star Tab Hunter)? Almost certainly not.

The most impressive thing about Polyester is the way it so deftly blends the notoriously bizarre elements of Waters’ ouevre with a much more accessible, conventional style of comedy. Essentially a spoof, it has a lot in common with the work of the Zucker brothers and even Mel Brooks – albeit with the dial permanently stuck on ‘hysterical.’ A lot of the work is done by Waters’ fantastic nail/head script, easily his sharpest and probably his most quotable. If you’re not tickled by “I never wanted to use macramé… TO KILL!” you might not enjoy Polyester and you’re DEFINITELY not invited to any more of our parties. Or you don’t know what macramé is. It’s this: 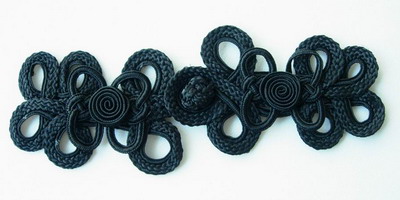 At the epicentre is Divine, who veers between the twin poles of Ideal Homes picture-perfect beaming to delirious pinot-blushed sobbing with glorious abandon – if you’ve heard The Avalanches’ bonkers sound collage Frontier Psychiatrist, that’s him you can hear on the phone (“BUT SURELY EXPULSION IS NOT THE ANSWER!?!”). It’s a blistering, hugely accomplished performance that never lets up and never loses its grip on tone. Also hilarious – if fairly uncomfortable today – is Edith Massey’s mentally handicapped débutante Cuddles Kovinsky. As John Waters once recounted, “[The Newsweek review] said that she either deserved an Oscar or a 24 hour nurse… she said ‘I’d like both, actually.’” The rest of the cast range from solid to confused to.. acquired taste, but the magnetism of the two leads and the wicked efficiency of Waters’ script – not to mention a great soundtrack written by Debbie Harry and performed in part by, of all people, Bill Murray – are more than enough to keep the film buoyant.

If all this has got you in the mood to sit in a dark room and experience varying degrees of emotion with other people, Scalarama kicks off a month of screenings and film-related events next Saturday – (31st August). Remember that Kickstarter we alluded to briefly earlier. Well, that went towards this huge nationwide extravaganza,showcasing everything from modern classics in London parks to essential oldies with a live soundtrack in Oxford to the greats of European arthouse on the Tyne. Personally, we’re gagging to check out the following:

1st Sept: A chance to watch legitimately the weirdest film we’ve ever seen (it’s number 7) thanks to the fantastically named Nobody Ordered Wolves.

16th Sept: Strange Charms will be screening classic episodes of cult sci-fi series The Outer Limits in honour of its 50th anniversary. It’s the show the The Twilight Zone could have been.

27th Sept: A double bill of lost 90s pulp masterpiece Freeway and The Hitcher – the ultimate horror road movie – as part of “ten events of horror, silent film, martial arts, road movies, thrillers, chillers, cult TV shows, a film fair and lots, lots more” at none other than the Genesis; the official cinema of Best For Film!

There’s also Home Cinema day on 29th September, and taking part is as simple as getting some friends together, showing them whatever you like and tweeting/blogging/anything&everythinging about it. You know the drill – share your beloved cult curios, perfect the art of the double bill, or get a quote-along going. THE WORLD IS YOUR OYSTER, EXCEPT THE OYSTER IS MADE OF FILMS.

Which Scalarama events have got you hot under the all-nylon collar? Let us know below!