Argo. So we at Best for Film decided to take a look at some of the most successful actor-directors down the years to see in whose multi-tasking footsteps he should be following. Here is BFF’s Top 10 Actor-Directors. Enjoy it, punks. " /> 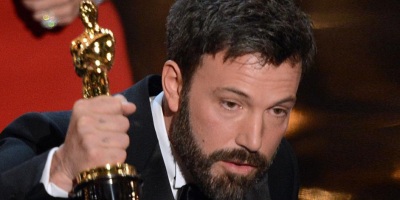 Relative newcomer to the directing scene, Affleck has recently discovered a talent few knew he had. After having his fun in his twenties frolicking with Matt Damon and J-Lo, he’s certainly shaken off the stupid-jock rep and found his feet behind the camera, most recently with his Oscar-winning production Argo. Before that Gone Baby Gone and The Town had established him as an assured and serious film-maker, whose future work critics and movie-goers alike will anticipate with interest and confidence. A deserved entry on our list.


Though rightly known as one of stage and screen’s finest thespians, Olivier also has a small but accomplished list of directorial achievements to his credit – mainly three of the finest Shakespeare adaptations committed to the screen. His version of Hamlet won him Oscars for Best Picture and Best Actor, but for me his Henry V (for which he was awarded a special Oscar) is his outstanding contribution. Shot in beautiful colour in Ireland at the end of WWII, it features a breathtaking opening that transports the viewer to Shakespeare’s Globe in the 16th century, using the Bard’s own words to achieve the dazzling effect. His Crispin speech is also pretty epic.


Maybe putting Clooney above Affleck is a bit unfair. They’ve got a very similar level of output, Clooney starting earlier with Confessions of a Dangerous Mind back in 2002 – which was great. We’ll give him seniority as the elder statesman of writer-directors in Hollywood at the minute, and he did just win an Oscar for producing Argo. George has a political bent, with Good Night, and Good Luck and The Ides of March focusing on the intricacies of the division between the personal and political. Hollywood loves him, we love him and are looking forward to his next directorial outing with – The Monuments Men – about the recovery of European art from the Nazis at the end of WWII. Should be thrilling. He’s a very smug man, though, check out his Oscar acceptance speech for Syriana. Cringe.


The above clip is why you should love Terry Gilliam. His films are challenging, eccentric and beautiful like the movies of Kubrick. Brazil, The Fisher King, Twelve Monkeys, Fear and Loathing in Las Vegas. The best of the Pythons. A great and unique director. Completely spot-on about Spielberg. An all round good-egg. Hurrah for Terry!


I loved Sydney Pollack, who died in 2007. He was making films from the mid-60s, his first big success being the critically acclaimed They Shoot Horses, Don’t They? starring Jane Fonda. He had hits with the classic comedy Tootsie starring Dustin Hoffman in drag, and bagged Oscars galore for his sumptuous epic Out of Africa in 1985. As an actor, he very often played strong and morally upstanding supporting characters as he did in his last film Michael Clayton, but had excellent comic timing too (see Woody Allen’s Husbands and Wives). For the final decade of his life he was a prolific producer, with a string of hits to his name including The Reader. Check out this great scene from him in The Sopranos.


What can I say about Charlie Chaplin? Bridging the leap from silence to sound in film, his acting and directing credits are some of the most popular, enduring and influential films ever made. The Kid, Modern Times and The Great Dictator are rightly iconic. Check out the stirring speech from Great Dictator, it’s beautiful.


A Hollywood rebel of epic proportions, Huston made some of the most interesting and beloved films of his era in a directing career stretching from 1941 to 1987. Classics The Maltese Falcon, The Treasure of the Sierra Madre, The Asphalt Jungle, The African Queen, The Night of the Iguana and The Man Who Would Be King are all his. As well as starring in his own films, from the late 60s onwards he became a terrifyingly good character actor, including a performance as evil SOB big cheese Noah Cross in Chinatown. One of the greats. Trivia: Daniel Day-Lewis based the voice of Daniel Plainview on Huston’s. Check him out.


Perhaps the epitome of writer-actor-directors, Woody Allen has been writing, directing and starring in his own films since the sixties and is still going strong for the most part, recently winning his fourth Oscar for his screenplay for Vicky Cristina Barcelona, not to mention being responsible for my very own Favourite Flick, Hannah and Her Sisters. Check out the classic opening to Annie Hall.

At the pinnacle stands Clint. Though he may have appalled certain liberal sensibilities recently with his senile performance alongside an empty chair at last year’s Republican National Convention, in many ways this past decade has been Clint’s finest as a director. Between 2003 and 2006 he made Mystic River, Million Dollar Baby, Flags of Our Fathers and Letters from Iwo Jima, picking up a couple of Oscars along the way. Besides the Spaghetti Westerns and the Dirty Harry films, Eastwood has become a Hollywood icon with a range and sure touch few exclusively directing directors can match: Play Misty for Me, Unforgiven, The Bridges of Madison County, Absolute Power – all great movies that will stand the tests of Time and Liberal Opinion. Clint will endure, punks.