Broken focuses on three families living on a North London cul-de-sac. Archie (Roth) is a solicitor living with his daughter Skunk, son Jed (Bill Milner) and Polish nanny Kasia (Zana Marjanovic). Across the way are the Buckleys – father (Denis Lawson), mother (Clare Burt), and their gentle but mentally troubled son Rick (Robert Emms). Completing the triplet are the Oswalds, led by violent father Bob (Rory Kinnear). When Skunk comes home one day and witnesses Bob savagely assault Rick while he washes the car on his own doorstep, a chain of events unfolds that changes the lives of the three families dramatically. Why did Bob Oswald suddenly attack the harmless Rick? Flashbacks show us exactly why. Bob had found a condom in one of his daughter’s bedrooms and outrageously leapt to the conclusion that his girl must have been assaulted by someone. ‘Give me a name!’ he shouts, threatening to destroy the television if she doesn’t. Despairing, she looks out the window and spots Rick, and so the story begins…

One of the most interesting aspects of the film is its concern with causality. This is far from a new area of concern for cinema, with films dealing with the ‘butterfly effect’ of unintended consequences pretty routinely from It’s a Wonderful Life to Sliding Doors to Atonement. What’s interesting about Broken’s treatment of the subject is the way it weaves these unlooked for developments into the lives of a very ordinary group of people. Bob Oswald’s assault on the mentally fragile Rick Buckley stemmed from an exaggerated paternal concern for his daughters, expressed through anger which breeds confusion, and which in this film sets off a chain reaction the audience can anticipate coming round the corner. There were groans and even gasps in the cinema at the points where people realised the effect an action or misunderstanding of one character would have on the lives of others.

This kind of heavily plot driven anticipation can of course be traced directly from Greek tragedy, where an audience would have been aware even before the play began that a tragic flaw could mushroom into a chaos of unnecessary drama easily cured by the knowledge the audience has. This is surely one of the greatest pleasures and pains of watching events deviate from their ‘proper’ course on screen, the realisation that any suffering we witness on the screen could be prevented makes us feel like Gods. But we cannot intervene in the action, thus blunting the power of our special knowledge. I could sense that the audience felt this very acutely while watching Broken. 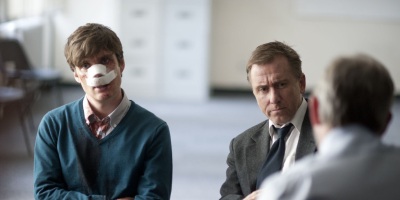 Troubling is the way the film dealt with the class issue. The Oswald family are presented as the nightmare neighbours – the example of a ‘broken’ family in which the children run wild, learning their bullying skills from the father and perfecting them on the street and in the playground. The Oswalds are set up very explicitly as the working class mirror of Archie’s middle class family. Both are headed by a single father bringing up his children. Archie can afford to employ a live-in Polish nanny and the scenes we are presented of them are warm, realistic and complicated. Bob Oswald’s family are only presented to us as catalysts for trouble, and are represented as if entirely researched from the archives of the Daily Mail. Despite a dramatic effort towards the end to bandage over this glaring failure of social realism for the poor, the film will do nothing to correct any lazy attitudes formed by the UK dog-whistle media about our economically deprived neighbours. 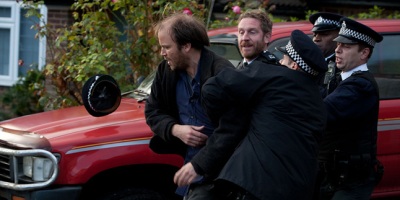 The cast is uniformly excellent. Young Eloise Laurence is a revelation as the life-giving light and moral centre of the film, Skunk. She has that quality quite common in young children of seeming to both inhabit the innocent world of childhood, and yet is also more at home in the world of complex human emotions than most adults. Perhaps this has something to do with the rather unreasonable demands of economic adulthood that we relegate the importance of understanding the motivations of others to a lower level than making sure we have enough money to consume stuff. Adults, it has long been contended, need to remember the wisdom of childhood. Tim Roth and Cillian Murphy should be applauded for forgoing Hollywood for a bit to put in sterling work on this solid British film about the complexities of ordinary people. 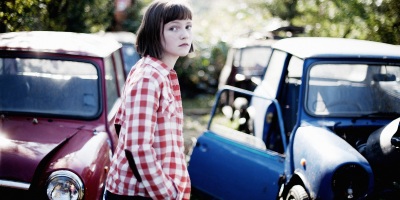 Broken’s drama is spliced between some witty and charming visuals overlayed with by turns dark and light musical choices. Norris’ direction focuses a lot on the wonder of late childhood, nice touches including the use of a nearby scrap metal yard as a gritty sort of adventure playground; while his use of dream sequences at the beginning and end is done with charm rather than portentousness. The big winner is the screenplay. It’s difficult these days to find a middle way through the twin polls of grotesqueness that are reality TV (usually in the form of chav-voyeurism) and US-style wealth fetishism (like The OC) to a realistic representation of the way people really talk. Broken was like watching people like the people I know, going through things people I know go through. I know that’s what realism is supposed to be about, but very often the tendency to melodrama overwhelms many an oh-so-serious depressing take on modern life. Broken is neither too serious nor too unrealistic, a Goldilocks picture of modern Britain that hits the spot nicely. 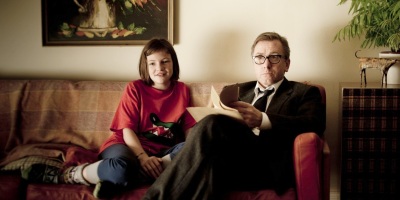 That being said, the film does have to crunch the action of a novel that spanned a number of years into a timeframe of a number of weeks, which inevitably leads to a very end-loaded piece. The various threads of the story come together very quickly at the finale, which some audiences may experience as something of a betrayal of the film’s social realism credentials. I thought Broken punched us just enough at the end to make for a satisfyingly thrilling finale to a little gem of a film for adults about the real world.