Everyone enjoys watching a character have some kind of breakdown in a film; the sanest and most innocuous atmosphere can suddenly change when a protagonist unexpectedly berates their coworkers/family/Nazi Party members for the length of an entire scene. Here, then, is a list of my favourite on-screen breakdowns, rants and arguments (I’m all about the specificity). You may also be wondering why there are no female characters on the list, which is very astute of you and a question to which I have no answer. Perhaps cinema needs more madwomen?

It feels a little insensitive to start the list like this, seeing as Joe Simpson wasn’t a character, but in fact a real life person who’d just fallen down quite a big crevasse. The meltdown in Touching the Void comes as Joe, trapped in an icy hole with a badly broken leg, terrible frostbite and hideously coloured 80’s climbing clothes, rages at Simon (his climbing partner who cut the rope which he was dangling from – don’t you know the story? You should, it’s very good) and God, and everything. Its raw, visceral emotion and basis in truth make it one of the most harrowing character meltdowns in cinema and a damn good benchmark for those still to come.

A mental breakdown in the form of a movie, The Big Lebowski is too good at highlighting the madness in everyone. After watching you might feel like you’ve had a bit of a meltdown too, since it includes brain-melting quotes such as:

“You want me to blow on your toes?”
“That rug really tied the room together.”
“My art has been commended as being strongly vaginal which bothers some men. The word itself makes some men uncomfortable. Vagina.”

And my personal favourite, from John Goodman’s particular meltdown: “THIS IS WHAT HAPPENS WHEN YOU FIND A STRANGER IN THE ALPS” (from the censored version, which in my opinion might be the most hilarious.)

As if making a film taking the piss out of Hitler in 1940 wasn’t brave enough, this speech from Charlie Chaplin’s classic satire is particularly extraordinary. Bear in mind that, given the film’s timeframe, it was sort of a done deal that being a fascist was DEFINITELY bad and being a communist was PRETTY bad; nevertheless, remorseful Hitleresque dictator Adenoid Hynkel’s speech to his nation (unusually delivered directly into the camera) sketches an image of a glorious Socialist utopia. Is Chaplin talking about Hitler? Is he talking about America? Who knows, but we should probably all move to Sweden, because I’m pretty sure that’s where all the happiness is. It’s interesting to think that 10 years after The Great Dictator came out Chaplin would be effectively exiled from the USA as a suspected Communist. Adenoid’s final look into the lens, full of longing, is particularly powerful in hindsight; it’s as if he knows full well what the next 60 years will bring. Sigh.

I have a love/hate relationship with Jim Carrey’s acting style… occasionally I’ll invite it in for coffee and a fondle on the sofa, but more often than not, it makes me a little uneasy and I’ll search for ways to stop watching it. Bruce Almighty is a good example of Jim Carrey at his best though, his manic outburst one of the most meltdowniest of all the meltdowns on this list. (And let’s face it, half of these aren’t even meltdowns.) …BUT THIS ONE IS!!! Alas, YouTube BASTARDS prevent us from showing the whole clip, so you can enjoy the above snippet before going here for the full thing.

I’m not sure this really needs much introduction, but I like to think it gives Al Pacino’s character a little more roundness. If you know what I mean. Heh. He delivers the (apparently ad-libbed) line before glancing at the camera, to make sure we’re still with him. Oh Al, we were with you from the moment you said “GREAT ASS” and made your eyes bulge out a bit.

Shamelessly borrowed from by new film Due Date, Planes, Trains and Automobiles has a special place in the empty void in my chest in which a normal person might have a heart. This is the first of two clips, in which the following goes down: Steve Martin tries to rent car. Takes bus to where car should be. Car not there. Bus leaves. Steve Martin has to walk back to airport terminal, and in process falls down big snowy embankment. Steve Martin berates the car-rental lady in a way that instantly makes him 80% less likeable. You watch it and feel embarrassed; it’s like being in a restaurant with someone who rudely complains about the food, only it’s Steve Martin, and he totally says the f-word. About 30 times.

It’s a bit like watching someone drunkenly stumble onto the set of a daytime talk show before assaulting the audience and setting his farts alight, except it’s a classic Peter Finch film. Try to forget that in this day and age the studio would cut to a commercial at the first chance of someone uttering a naughty word, because this was the 70’s. This scene is probably better known for being constantly quoted by broadsheet journalists as an allegory for media-gone-mad, it’s still a bit of a classic. If you liked this, try the candidate for the ‘The Rent is Too Damn High’ Party, who is not only as mad as hell, but wants your kids to have breakfast, lunch and dinner.

A genuinely scary twist to an already fairly nightmarish film, this scene used to give me nightmares. The atmosphere changes in the space of a few seconds, and watching the smiles drain from Charlie and his grandfather’s faces as they’re shouted at by a manic chocolate factory owner is chilling. It’s the first moment in the film where you realise that a man who owns a secretive chocolate-making business, uses (enslaved?) tiny people to work there, and has incredibly poor business efficiency (he mixes his chocolate by waterfall) might actually be a little mentally unstable.

Back to Planes, Trains… for another delicious Steve Martin meltdown. Throughout the entire film, John Candy is effortlessly annoying, and Steve Martin plays the increasingly riled X who eventually snaps. When he cracks, he manages to say all the things we wish we could to that person who tells anecdotes like: “On Tuesday I went to the library… oh no wait was it Wednesday? Yes I think it was Wednesday because the bakery was closed after lunch, and that’s only on a Wednesday. Oh no they close early on Saturdays too, was it a Saturday? No, it definitely-” SHUT UP FOR THE LOVE OF GOD SHUT UP.

But John Candy’s reply is one of my favourite moments in cinema, as he delivers a sad sucker-punch straight to Steve Martin’s conscience, instantly making us feel guilty for being such cold-hearted cynics. Sure, his anecdotes are more boring than a Party Political Broadcast, but he didn’t really do anything wrong, and in the standard 80’s John Hughes kind of way, we leave feeling as though we’ve learned a little something about ourselves.

Somehow Hitler gets two mentions on this list, therefore reinforcing its definite credibility and relevance. It would be impossible to list famous on-screen meltdowny rants without making reference to Downfall’s massively parodied bunker scene; from Hitler’s take on the World Cup vuvuzelas to the Führer reacting to his Xbox Live account being closed, it’s hard to deny that this is one of the most viewed character meltdowns in cinema. The original might not be quite as funny as the parodies, but it’s still pretty good.

So there it is; my definitive list of cinematic history’s most memorable onscreen meltdowns. Think I’ve missed one out? Let us know below! 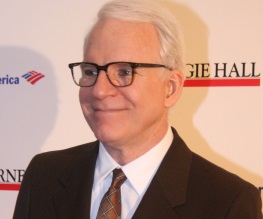