After presumably spending Christmas and New Year doing nothing but refreshing your Best For Film Homepage, we’re happy to tell you that we can now reveal the winner and runners up of our 2010 Write Christmas Competition! With so many glorious entries, it was genuinely ridiculously difficult for our judges to choose a winner – and we just want to say how bowled over (and sometimes terrified) we were by your collective imaginations. If nothing else, we certainly showed those festive fatcats that there are hundreds of untapped Christmas tales just waiting to soar into Hollywood fame.

So, without further ado, the winner of Write Christmas is… Congrats to Alan Simmons, bringer of the linguistic masterpiece that is the review of Crank 3: Festive Spirit. We loved his effervescent use of imagery, as well the idea of Jason Statham threatening to kill children if they don’t mother flipping believe in him.

Here’s what the judges had to say about it:

“I am amazed this isn’t already in pre-production.” – Emma Kennedy
“Brilliant. Please tell me El Grincho will get his own Machete-style spinoff…” – Cleolinda Jones
“‘El Grincho’ made me giggle and I can totally see The Stath in his tracksuit and goatee… I could’ve done with more specifics given Crank specializes in outrageous stunts, but loved ‘picking tinsel out your eyes’.” – Larushka Ivan-Zadeh

Congrats to Mr Simmons! He will be getting a REAL LIFE poster of his mind-creation, by OTM Entertain; the design team that brought us posters for In The Loop, The Hurt Locker and Splice, to name but a few. As well as, of course, one hundred shiny pounds! Hurrah!

As for our two runners up, each of whom shall recieve fifty pounds (as well as world-wide respect, obviously)… FIRST RUNNER UP: Jihad All The Way<by Roswell Ivory

“Any film that dares to re-imagine Santa as a terrorist is go fly as far as I’m concerned.” – Emma Kennedy
“This is pretty much my favorite title in the whole list.” – Cleolinda Jones
“Sprightly writing style and an original idea (rather than humorously rehashing similar genre movies). That Omid Djalili did recently score a popular lead role with The Infidel is a critical omission. This stands out is it most genuinely reads like a review of a film more than a funny synopsis of one.”- Laruskha Ivan-Zadeh SECOND RUNNER UP: Snakes On A Sleigh by Anne Wollenberg

“You had me at “Santa (Christopher Walken)”… you lost me at “Paris Hilton.” And then you got me back with “one of the reindeer shat in her handbag.“” – Cleolinda Jones
“Christopher Walken as Santa? Yes please! Not entirely convinced by the plot, nor does it sound actually that violent, but the Paris Hilton poo joke, childishly made me laugh and the sign off is authentic review-speak. Critical quibble is this sounds more like a Robert Rodriguez film to me…”- Larushka Ivan-Zadeh

So, with that we can call an official close to the festive season. We’d like to thank our brilliant judges – Cleolinda Jones, Larushka Ivan-Zadeh and Emma Kennedy for taking part in our competition, and hope everyone who entered enjoyed adding to the canon of Christmas legend. Keep your eyes peeled for the Crank 3: Festive Spirit poster on-site! 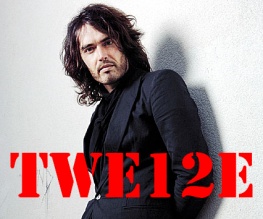