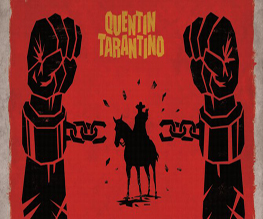 Michael Bacall must be feeling pretty smug about himself right now. In the past few weeks, the actor/screenwriter has seen the successful release of two comedies he wrote up – the brilliant 21 Jump Street and the slightly-less-brilliant-but-still-fun Project X. Now, the young scribe has been taken onboard by Tarantino to star in his upcoming Western, Django Unchained.

This shouldn’t come as a complete surprise though, as Bacall has previously starred in Tarantino’s Inglourious Basterds and Deathproof. It’s unlikely however, that Bacall will be stealing the spotlight in Django from a cast that includes Jamie Foxx, Leonardo DiCaprio, Samuel L. Jackson, Sacha Baron Cohen, Christoph Waltz and Kurt Russell. Still, he’ll probably have a hell of a lot of fun being part of such a colourful cast.

Django Unchained is the story of a slave-turned bounty hunter who goes on a vengeful mission to rescue his wife from an evil plantation owner. Aside from the setting, it’s typical Tarantino stuff and we can’t wait until it comes out this Christmas.

Previous: Will Keira Knightley star in new Nicholas Sparks adaptation?
Next: Top 10 Most Inappropriate Games For Children (As Seen In Film)