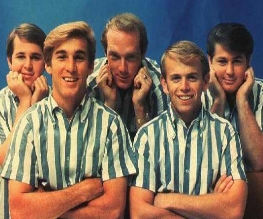 The Beach Boys. Love them or hate them, you can’t say they don’t sound fun. It’s all about driving around California in your little “Deuce Coupe”, checking out the chicks and hanging on the beach. Looking at it now, they just sound like yuppie bums with no sense of the real world but at least they weren’t breaking into cars and stealing knickers off washing lines.

Fifty years on from the start of their success, Erin Brockovich writer, Susanah Grant has a script idea for a film and Fox 2000 has the rights to it, after battling it out with Universal. And the Beach Boys will provide the soundtrack.

But whilst the story will take place in California, in the summer, in the 60s, it will not be about the Beach Boys per se. So no heavy psychological issues or legal difficulties. Dang.

So, if hedonistic summer fun ain’t your cup of chai, then chances are you may not be as excited about the prospect of a Beach Boys film as me; I am feeling some good vibrations. Great, in fact. And whilst the storyline has not been decided yet, I lay in hope of a potential “surfing safari”. Whatever that means.