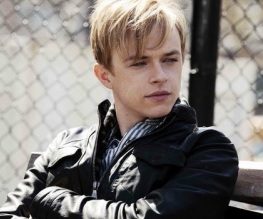 The Amazing Spider-Man 2, as we’re calling it for now, has cast Dane DeHaan as troubled millionheir and Peter Parker’s no.1 frenemy Harry Osborn. The news comes as something of a surprise, as last we heard Sony were scouting for someone with “athleticism and good looks.” That’s not to say Dane DeHaan isn’t a mid-twenties manboy of medium attraction – a solid 6 if you’re asking. Andrew Garfield is an 11 – but the guy exudes something a little to the left of the all-American vibe reportedly desired by director Marc Webb and co.

Not that we’re complaining, as acting all dark and broody has always been Harry Osborn’s M.O. While The Amazing Spider-Man reboot undoubtedly wants to distance itself from Sam Raimi‘s pretty definitive trilogy, it’s unclear what a jock Osborn would add to the story. In plumping for DeHaan, it’s clear the ‘brooding outsider’ approach quickly made its way back onto the table.

Webb announced the news, stating “Dane is an exciting and extraordinary young actor and he is a fantastic addition to our cast”, with DeHaan tweeting: “to say I’m excited is an understatement.” DeHaan was one of the best things in Chronicle, a film full of best things and possibly a clincher for DeHaan’s new tenure as Osborn given its superhero bent. Meanwhile, Jamie Foxx has been officially confirmed as Electro, with Shailene Woodley set to bring Mary-Jane Watson to the franchise.

Dark and broody it is, then. How do you think The Amazing Spider-Man 2 is shaping up? Comments Below!

Previous: Man Of Steel has an arresting new poster
Next: Searching For Sugar Man