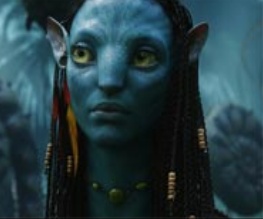 Perhaps it was inevitable, but we can’t help muffling internal cries of ‘noooooo!’ upon hearing that James Cameron, director of blockbuster mega-hit Avatar, has confirmed that he wants to turn the franchise into a trilogy. To be fair, considering that the film has so far grossed $1.4 billion world-wide, financially the idea makes a lot of sense. But for those of us with devestating memories of disasters such as Matrix 2 and 3, Men In Black 2 and countless other sequels that have tainted the memories of truly brilliant first films, we can’t help but be on our guard.

Cameron insists that making a trilogy of films was the plan from the beginning, stating in Entertainment Weekly:

““I’ve had a storyline in mind from the start — there are even scenes in Avatar that I kept in because they lead to the sequel, it just makes sense to think of it as a two or three film arc, in terms of the business plan. The CG plants and trees and creatures and the musculo-skeletal rigging of the main characters — that all takes an enormous amount of time to create. It’d be a waste not to use it again.”

In our book, “it’d be a waste of technology” isn’t a brilliant reason to spend potentially another four years making Avatar 2: Pandora Strikes Back (just a suggestion). But for now, we’ll just cross our fingers and hope that Mr Cameron knows what he’s doing. If he plays his cards right, we could have another Lord Of The Rings on our hands. If he plays them wrong, well, Jaws: 3D anyone?

The Avatar Trilogy: A stroke of genius or a disaster waiting to happen? Let us know what you think!

Previous: Crude
Next: Awesome title of the day: The Knights of Badassdom