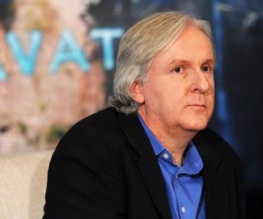 The rights to Taylor Stevens’ bestseller The Informationist have been snapped up by James Cameron, who we last heard was dedicating the rest of his life to expanding the Avatar universe. What gives, James?

James Cameron’s long-term producing partner Jon Landau explains: “When you find a diamond in the rough, even if you’re not looking for diamonds, you’re going to pick up that diamond…the book itself is one of the most cinematic books I think either (Jim or I) has ever read.”

The novel follows Vanessa Munroe, an information specialist hired by an oil billionaire to find his missing daughter, thought to be somewhere in Africa. As Munroe follows the trail, she soon finds there’s more to her mission than meets the eye…

Describing Munroe as a “female Jason Bourne”, Landau recognized that what James Cameron saw in the novel’s pages was another strong heroine he could bring to the screen. “…within that story are all the things that Jim Cameron puts into his movies: a female heroine who’s smart, who has an intellect and not just a physical prowess.”

Well, we might have to wait a while before we see Cameron involved with anything except Avatar. He’s made it clear that for the foreseeable future, there’s only one thing on his mind. “I’m in the Avatar business. Period. That’s it. I’m making Avatar, Avatar 2, Avatar 3, maybe Avatar 4.”

So, it’ll have to be a burning passion for Stevens’ book that gets Cameron behind the wheel after such a thorough exploration of Pandora. By the time his Avatar tapestry is complete he might well be plotting himself a trip round the Milky Way. Come back to Earth, James. We miss you.

What is the perfect amount of Avatar films? Answers below.