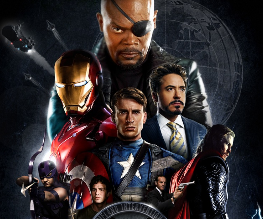 Some things in the movie world don’t really need to be announced. Which cheekboned pointy man is going to star in Tim Burton’s next film, how nuanced the performances in the next Michael “BLAST THEM ALL” Bay are going to be – some things are so self-evident that they warrant no discussion. We reckon it’s pretty obvious to everyone that having taken ALL OF THE MONEY in its first weekend, Avengers Assemble was going to get a sequel. Well, it is. So there.

The announcement came yesterday from Disney SEO Bob Iger, via a video link of him rolling around in 50 dollar bills with “FUCK YOU JOHN CARTER” written in blood on his chest. No word yet on whether miracle man Joss Whedon is ready and willing to take on part 2, but frankly he better be. So far Disney also have Thor 2, Iron Man 3 and a Captain America sequel in the mix, so it looks like the Marvel team are going to be pretty darn busy over the next couple of years. And hey, that’s not even taking into account the Hulk film that they’re going to announce any day now. Come on Bob, put down the diamonds and give us the Ruffalo news. You know it makes sense.