Avengers teaser from Superbowl is shorter than the Hulk’s temper 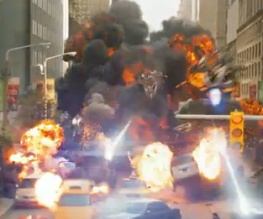 Following hard on the heels of that bloody Honda advert which isn’t a new Ferris Bueller film and broke our bastard hearts, this weekend’s Superbowl also served up a tempting morsel of the dish which is likely to be the biggest hit at this year’s Analogous Hollywood Meal. Or something.

Anyway, The Avengers (which is still not out for MONTHS) popped up in an outrageously short and pointless clip which nevertheless made us wet ourselves.

Previous: First Skyfall image is startlingly dull
Next: Against all odds, Adam Sandler sinks even lower