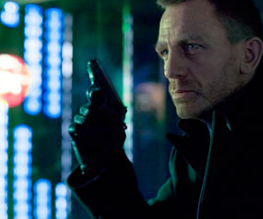 Now, we’re not prone to gossip sniffing here at BFF. Partially because we think it’s a bit distasteful, but mostly because we’re far too lazy to snoop with any real zest. But when a bit of massive Bond news falls right in our lap, we feel it’s our duty to report it – cos makes us feel powerful and sexually competent. However, we’re going to say RIGHT NOW, this is a massive, massive Skyfall spoiler we’re about to hit you with, so for God’s sake DO NOT read on if you don’t want to know a serious plot point about Bond’s upcoming escapade. Seriously, just don’t do it. We’re going to put a nice picture of Daniel Craig in lovely pants below this sentence JUST so you can think about your options properly. Don’t say we didn’t warn you. We have it from a fairly iron-clad source (a member of the Skyfall team) that there’s going to be a fairly momentous death in the next Bond film.

So Skyfall will feature the death of our beloved M. Well, either that or a fairly extensive, not-very-Bond-like dream sequence which features Bond’s worst fears coming true. Or maybe team Skyfall are just filming LOADS of deaths just to keep us pesky journos off their tails. But to be honest, this news fits in with other rumours floating around the franchise. A couple of months ago we heard that Ralph Fiennes was set to replace Judi Dench in upcoming Bond films, but we as yet had no idea how it would happen, and indeed whether it was true. Well, there you have it folks. Shaken? Stirred? You bet we are.

Ruined your Thursday? Can’t get enough of this stuff? Knew it all along? Talk to us…