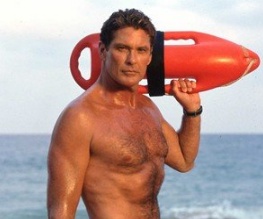 Believe it or not, Baywatch: The Movie has been floating around (brilliant) for a while now, but there’s never been any word on director or cast members. However, perhaps with the announcement of the writers; Brian Gatewood and Alessandro Tanaka, other news might come flooding in (somebody stop us!)

The pair already have a comedy – The Sitter, which David Gordon Green is making with Jonah Hill starring – at Fox, so it could be that Baywatch remains on the same comedic track.

I think the question we all want answering is – will the Hoff make a cameo appearance? Hell, can we convince him to star in the whole damn film? It’s too early to tell. We have a feeling the story will focus more on scantily clad women, running. For any reason the makers can think of. God bless you Baywatch.

Would you sign our “Get The Hoff into Baywatch: The Movie” petition? Let us know below