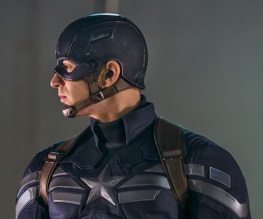 Calm down, Marvel! With several months to go before Captain America: The Winter Soldier arrives back on our screens in a shower of boredom, directors Anthony and Joe Russo have reportedly already agreed to direct the third film in Cap’s bijou franchisette.

Naturally, Captain America 3 depends on the success of April’s Winter Soldier, but with a number of successful test screenings already ticked off the threequel is as good as greenlit.

Captain America: The First Avenger was directed by Joe ‘Jumanji‘ Johnston and really wasn’t that good, although it obviously kicked the absolute arse out of Thor: The Dark World. Now the Red Skull’s out of the way, it looks like The Winter Soldier will be sticking to more of a Bourne/Tom Clancy feel, to complement Thor’s unabashed fantasy and Iron Man’s tech-heavy action. In case you haven’t seen it, here’s the (actually quite good) trailer: