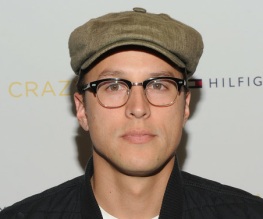 Jane Eyre director Cary Fukunaga is to take on one of the twentieth century’s most loved and feared horror stories with a two-part adaptation of Stephen King’s cult novel It.

The 1986 book, which was adapted into a TV movie starring Tim Curry, features a group of children who discover that their hometown is being terrorised by a mysterious creature.

The murderous menace, which they nickname It, turns out to be an demonic, interdimensional creature capable of transforming into whatever its opponent most fears (cue werewolves, spiders and the iconic makeup of Pennywise the Clown). Standard.

The 1990 TV movie was screened in two parts, and it’s interesting to note Fukunaga going down the same route – God knows we’re more forgiving of outrageously long blockbusters than we were a few years ago, but at more than 1000 pages It really does need the sequel treatment. However, the book flicks back and forward in time between the late fifties and mid eighties on a chapter-by-chapter basis, sometimes splitting sentences between the two eras in a manner which recalls It’s cyclical feeding pattern. Will Fukunaga retain this motif, or simply make one film set in 1957 and another in 1984? We can’t wait to find out.

Which Stephen King book would you most like to see onscreen? Let us know below!

Previous: Snow White and the Huntsman sequel on the way
Next: Maggie Gyllenhaal joins Foxx and Tatum in White House Down