Catcher In The Rye: The Movie? 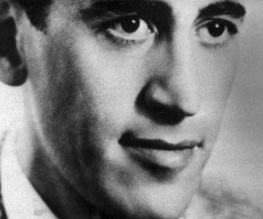 Can the infamous lead character of the J.D Salinger novel The Catcher In The Rye – Holden Caulfield, really translate onto the big screen? That’s the debate raging around the Salinger estate, following the recent death of the author.

During his lifetime Salinger was determined that the book be left alone, depite interest from big-name studios, stating in a letter to a Hollywood producer that Catcher is “a very novelistic novel”. However, with his death the rights to the book adaptation pass to his family, and now questions of film-translations are raising their heads once again.

Is it possible to make The Catcher In The Rye film? So much of the book’s genius is in the unrelenting internal monologue of Holden Caulfield, the fact that we have non-stop access to his distorted viewpoint is the lychpin to the entire premise. How could this translate in film? There’s always voice-over, but does anyone really want one of the most famous books of all time reduced to a few moody camera shots and an endless voice-over? Very tricky. It could be that a team like the Coen brothers might make something interesting out of it, but as a book so desperate, and so without irony, it’s tricky to see when the Coens would stick their trademark stylistic edginess.

Can it be done? And if so, who should take on the task? Let us know your thoughts on this tricky matter…