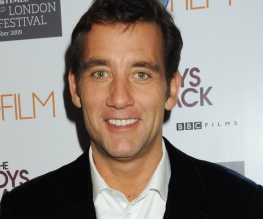 Clive Owen has signed on to star in Blue Angel, a psychological thriller adapted from a novel by Francine Prose. The British actor will play Swenson, a once successful professor whose life is revitalized by Angela Argo, a young creative writing student. Blue Angel has been scripted by Nip/Tuck writer Richard Levine and has been described as “psychological roller coaster ride between sex, seduction and emotional manipulation.”

Levine will also direct the film, his second feature film after 2010’s Every Day, which starred Helen Hunt (The Sessions) and Liev Schreiber. Lars Knudsen and Jay Van Hoy are attached to produce Blue Angel. They are best known for Beginners and Keep The Lights On.

Owen has been described as a “perfect fit” for the part of the professor, owing to his roles in films like Closer and Children of Men where he plays smart and cynical characters. Owen has recently finished filming TV miniseries Hemingway & Gellhorn, where he played Ernest Hemingway and Nicole Kidman played war correspondent Martha Gellhorn, his inspiration for For Whom The Bell Tolls. Owen also recently starred in Shadow Dancer opposite Andrea Riseborough.

Have you read Blue Angel? What do you think of Clive Owen as Swenson? Let us know.