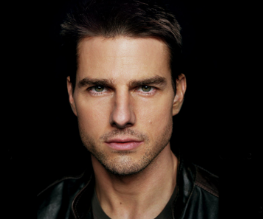 Tom Cruise has been confirmed for futuristic, post-apocalyptic, alien/robot film Oblivion. Prepare yourself for lots of Tom Cruise running. Oh how he loves to run….

The concept of the film, which will be directed by Tron: Legacy boss Joseph Kosinski and is based around a graphic novel, is rather exciting.

It’s set on a barren, evacuated Earth with the remaining humans leaving it to live in the clouds above. Cruise will play a soldier who repairs droids on Earth to fight off some alien menace. Whilst he’s getting on with it a beautiful woman crash-lands on Earth and goes about transforming the soldier’s life in someway. Now that’s a concept.

Cruise has had a bit of a lull recently but he’s making a come back with performances in musical Rock of Ages coming up and Mission: Impossible 4. Oblivion looks like it could be a huge sci-fi hit, if done well. If not, it will still be good to see Hollywood’s biggest star back on screen for some big, fast, actiony mayhem.