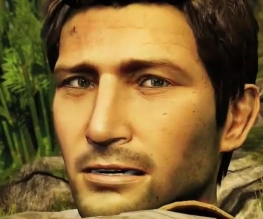 Annnnndd just like that another director leaves a project. After Albert Hughes left Akira, it’s emerged that David O Russell, he of shouting at actors fame and recently known as the director of The Fighter has pressed the start button (then circle, right?) and exited the video game adaptation of Uncharted.

This news is not totally surprising as Russell’s ideas had failed to gain traction with fans of the game. With creative differences between Sony and Russell (again) stated as the reason for his escape act, it leaves the project in limbo with the (rumoured) cast of Joe Pesci, Robert De Niro, Mark Walhberg and Scarlett “I pout too much” Johansson odds on to leave the project. Then again they were never really part of the project in the first place.

Sony still has plans to go ahead with new drafts of the script once a new director has been found. Let’s hope it’s better than Russell’s idea which seemed to take the film into uncharted (ha, ha) waters.