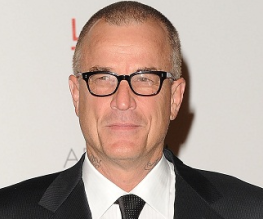 Directors making outlandish statements in order to court publicity for their films is a tried and tested method, so it should come as no surprise to anyone that whilst promoting his latest offering Yellow, director Nick Cassavetes decided it was a prime time to reveal his rather, shall we say, unconventional outlook on incest:

“Love who you want. Isn’t that what we say? Gay marriage – love who you want? If it’s your brother or sister it’s super-weird, but if you look at it, you’re not hurting anybody except every single person who freaks out because you’re in love with one another.”

There is so much wrong with this quote, it’s difficult to know where to begin. Whilst we have no doubt that bumping uglies with a person with whom you share childhood memories, facial features and DNA would probably be pretty weird, Cassavette’s casual dismissal of incestuous relationships in the manner of someone talking about Miley Cyrus’ new haircut beggars belief. There is also something very disturbing about his attempts to draw a parallel between incest and gay marriage. If this statement had been peppered with the word “like” and accompanied by constant hair flicks, we could almost believe that gay marriage denouncing beauty queen Carrie Prejean had said it, and then perhaps some of this would start to make sense.

Of course, this is the man who directed slush fest The Notebook, so it’s likely that this is just a tactical move in an attempt to dirty up his image. However, with no distributors for the film at present, we’re going to start the betting that a full retraction of these comments will be issued any day now.

Previous: Marvel’s Dr Strange to appear in Thor 2?
Next: Dredd