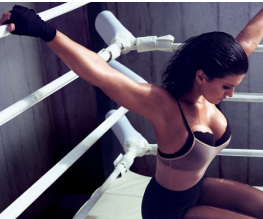 What could be better than watching your favourite action stars band together to defeat evil? Why, throw in Gina Carano of course! The action star has just been confirmed to head the all female version of The Expendables, and with her star on the rise since her memorable performance in Haywire, we think she’s a great pick to head the cast.

The former American Gladiators alumnus is the first actress confirmed for the female-centric sequel to The Expendables and if you had any doubts as to her credentials, we’d like to invite you to watch the arse kicking she gave Michael Fassbender in Haywire. We think you’ll agree she’s more than up to the job.

No details regarding the rest of the cast list have been released but we’re putting our money on Michelle Rodrigurez, Michelle Yeoh and Lucy Lawless having some involvement with The Expendables reboot. Rodriguez’s entire career consists of playing,’the tough chick,’ and we think she’s got the right hard-edged muscle to sass ratio. Michelle Yeoh has proved she’s a dab hand at action with Tomorrow Never Dies and Crouching Tiger, Hidden Dragon and Lucy Lawless used to be Xena Warrior Princess: ’nuff said.

Whilst we are really looking forward to the reboot, we are a little concerned that it could all dissolve into a mess of hair flicking and boobs without really showcasing some legitimate girl power but we have a feeling a tough cookie like Gina Carano wouldn’t stand for that.

Who else do you think will appear in the all female Expendables?