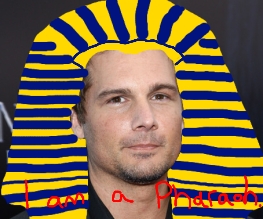 Underworld director Len Wiseman is in final talks with Universal Pictures to helm a new reboot of The Mummy, the iconic 1932 Boris Karloff horror which was raised from its sarcophagus in 1999 to spawn a $1.25bn-grossing franchise (and in 2012 to inspire a spectacular drinking game).

Len Wiseman has most recently been behind the camera on the Colin Farrell-starring Total Recall, another reboot (only from the 80s, though).

The Mummy is one of Universal’s most venerable franchises, and handing it to Len Wiseman suggests not only a great deal of faith in the director but a willingness to go in the modernised, science-heavy direction that he’s almost certain to pick. Underworld’s vampires and werewolves (aka Lycans) were the result of an obscure disease and had adapted admirably to modern life – UV bullets, anyone? We already know that producers Alex Kurtzman and Roberto Orci, the producing brains behind everything from M:I:3 to Star Trek, are keen to make the Mummy reboot darker and more grounded than the relatively kooky 30s-set version starring Brendan Fraser and Rachel Weisz (swoon), and Len Wiseman certainly seems capable of bringing Imhotep right up to date. We’re also semi-thrilled to hear that Jon Spaights, writer of Prometheus (yay!) and The Darkest Hour (oh Jesus) is producing a script. Forget about the invisible aliens, Jon!

Len Wiseman himself had this to say about the project: “One of the things that interested me with this mummy is, he’s still in essence a man. They haven’t turned his brain into a monster brain. He still has a personality and is very cunning and calculating. He’s a true character in any form, and in creature form, even if he is that staggering creature, it becomes more important that he’s a thinking, calculating person.” YES YES YES. We’re not saying that Arnold Vosloo didn’t do a lovely job as the sand-manipulating, cat-fleeing monster last time round, but he wasn’t what you’d call ‘sharp’…

Do you think Len Wiseman is the right person to reboot The Mummy? Let us know below!