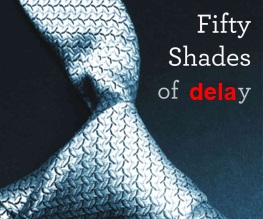 The colossal waste of everyone’s time that is the Fifty Shades Of Grey movie has hit delays in production, for a multitude of reasons; not least the jumping ship of Charlie Hunnam who now claims he never signed on to the project in the first place, has never heard of Fifty Shades of Grey and wants EL James to stop calling him.

Fair play to the producers for ploughing on – obviously they see some financial return in this film despite the fact that a) Nymphomaniac, which will surely swamp the “cinema-porn” market, comes out next year (Jamie Bell’s cum-face, come on, who doesn’t wanna see that on a big screen) and b) NOBODY READS 50 SHADES OF GREY ANYMORE. WHEN WAS THE LAST TIME YOU SAW SOMEONE READING 50 SHADES OF GREY? THEY ALL READ DONNA TARTT NOW. ALICE MUNRO JUST WON THE NOBEL PRIZE. WE’RE DOING SO WELL GUYS.