Justin Cronin’s ‘The Passage’ to hit the silver screen 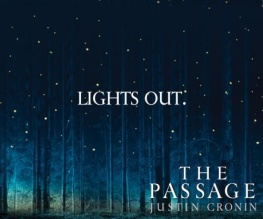 In a post-Twilight world understandable reactions to the v-word often include bored groans, worrying prepubescent lust, or just pure confusion if True Blood is more your style. Hopefully, HOPEFULLY, a more realistically scientific vamp movie is in the works thanks to Fox 2000 picking up the rights to adapt Justin Cronin’s 1200 page fang-filled epic to the big screen.

The novel begins with a medicinal breakthrough as scientists discover that a bite from a specific species of bat from South Africa can heal any disease. Consequently the military begin experimenting with this new chemical using death row inmates…yet it is the rest of the world who are left to suffer.

This thriller/horror has already been scripted for the screen by none other than John Logan. Logan has penned a pretty respectable range of films, from the animated Rango, to the depressing musical Sweeney Todd, and of course- the epic Gladiator.

There was a fleeting moment when it seemed Ridley Scott would hop aboard and join Logan in their first collaboration since Gladiator. However, Matt Reeves (director of Cloverfield and Let Me In) has taken the helm instead. So whilst he may possess less experience than Scott, he does already have a fang in his bedpost.