First look at Ryan Gosling in Only God Forgives 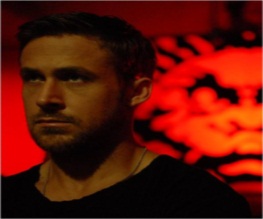 After the instant cult appeal of last year’s stylish crime flick Drive, it was inevitable that Ryan Gosling and director Nicolas Winding Refn would re-unite sooner rather than later. Well, the inevitable has happened and they are currently shooting Only God Forgives in Thailand. What’s more, an official picture has been released of Gosling looking as moody and pretty as ever.

In the film, Gosling stars as the owner of a Thai Boxing organisation, which he uses as a front for drug-dealing. When his brother is killed by a Thai police lieutenant, he seeks revenge by arranging to fight him in a Muay Thai bout. Aside from a gritty-looking Gosling, the film will also feature Kristin Scott-Thomas in a villainous matriarchal role, and Tom Burke. While the plot may sound like something out of a naff 80s Van Damme film, the roster makes it hard not to get excited.

Previous: The Human Centipede 3 is happening
Next: TGIM! The Kinoteka Polish Film Festival