First shots of Diaz and Firth in Gambit 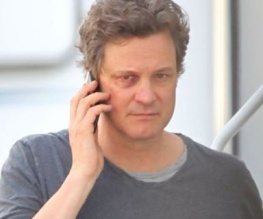 They look like quite the pair. Below is the first image from the set of Michael Hoffman’s (The Last Station) remake of crime-comedy Gambit, which has just started filming in London.

No release date for Gambit has been set yet, but it looks typically oddball. All we can tell from this photograph is that Gambit isn’t likely to win any awards for costume, given that Firth looks like a carbon copy of Michael Caine (star of the original Gambit), and Diaz has dove head-first into Dolly Parton’s wardrobe. Previous: WIN: THE WARRIOR AND THE WOLF on DVD x 3
Next: Monday Mash-Up!