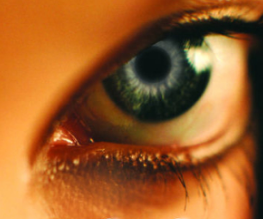 Just when Miss Meyer’s reign is finally set to end with the last in her Twilight series hitting our screens later this year, we’re entirely non-plussed to confirm that the big screen outing of her OTHER creation The Host is set for a release in March of next year. This one’s about aliens. Sexy aliens? Who knows. We could read it, we suppose. That’s probably a thing good journalists do.

Anyway, in no way according to Wikipedia, The Host is basically about a race of aliens who infiltrate the brains of post-apocalyptic humans and take over their souls. But one such “host” has SUCH POWERFUL MEMORIES (read: lustings) for some bloke that her alien passenger feels powerless to do anything but help her vehicle RE-UNITE with New R-Patz. Dismissive? Us? Don’t be ridiculous. Anyway, there’s a teaser, so let’s do that:

The film has been written and directed by Andrew Niccols – writer of The Truman Show (YAY) and In Time (BOO) and stars Saoirse Ronan of The Lovely Bones (MEH) and Hanna (YEAH). In other words, it’s all to play for. We have as much faith in Andrew Niccols as we don’t have in the brain of Stephanie Meyer, so take from that what you will.