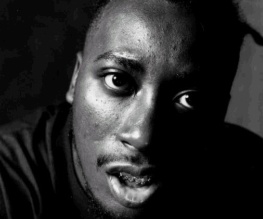 Michael K. Williams has been announced to take the lead role in Dirty White Boy, an upcoming movie telling the story of the final years in the life of rap icon Ol’ Dirty Bastard. Williams, who is best known for terrorising the streets of Baltimore as charismatic thief Omar in acclaimed cop series The Wire, has signed on for the role based on a script written by first time screenwriter Brent Hoff with first time director Joaquin Baca-Asay attached to direct.

ODB, real name Russell Jones, certainly lived a life filled with drama, triumph and tragedy. Born in the toughest part of Brooklyn he rose to fame as a founder member of the Wu Tang Clan before treading a self destructive path through rap superstardom. Though he released some of the most celebrated albums in hip hop history (1995’s Return to the 36 Chambers: The Dirty Version and 1999’s Nigga Please) it is for his wild personal life and drug fuelled off-stage antics that he was most widely known. Amongst his well documented run ins with the law were arrests for assault, robbery, shoplifting and failure to pay child support to his 13 (count ’em) children plus a two year prison sentence for drug possession.

The film however, will chart the years of ODB’s life which followed all that, telling the true story of how Jarred Westfield, an inexperienced 22 year old production assistant at VH-1, managed to blag, lie and hustle his way to becoming the fading star’s manager during his time behind bars, a position he held until ODB’s’ death in 2004 at the age of 35. As ODB spent much of this time recovering from drug addiction, while battling mental illness and attempting to rebuild his career, one imagines the film will have some pretty heavy elements to it.

Certainly it promises to deliver more than other recent stabs Hollywood has made at the rap world such as the by-the-numbers Biggie Smalls biopic Notorious and 50 Cent’s disastrous Get Rich or Die Tryin’.

Previous: MGM loses money on Girl With The Dragon Tattoo
Next: First teaser trailer for Stephenie Meyer’s The Host