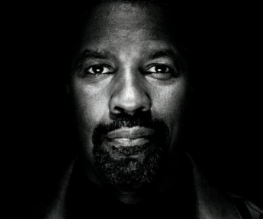 Things have been rather quiet on the old Ryan Reynolds (or, as he’s relunctantly agreed to, “The Other Ryan”) front. Mainly because after trailblazing his way onto our screens and into our hearts with Buried last year, he insisted on starring in the luke-warm Green Lantern and the universally panned The Change-Up. Still, at least now he’s starring in a HIGH-OCTANE ACTION THRILLER with Denzel Washington, right?

Denzel stars as a Bad Ass criminal who has to be transported to a new safe house by young (and probably renegade) officer Reynolds after a CIA-operated prison is mother fluffing EXPLODED. Stuff goes wrong. Obviously.

The first sentence spoken in this trailer is enough to make us weep openly. Just… just watch it:

Nope, we don’t know either. People ‘Going Rogue’, stuff exploding, Ryan getting dressed quite slowly, Denzel and his “that’s right, I’m back” eyes, people shouting about PROTOCOL and cars driving quickly. The only thing that keeps us from shrugging in a baffled way is the fact that it’s PACKED FULL OF brilliant actors: Brendan Gleeson, Sam Shepard, Vera Farmiga, Joel Kinnaman, Robert Patrick and Liam Cunningham, to name but a few. Will this be Reynolds’ return to glory? We’d love to say yes, we really would…

Previous: Melissa McCarthy teaming up with The Help’s Taylor
Next: We Have A Pope