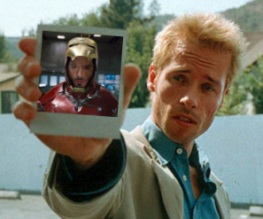 Following the recent news that Sir Ben Kingsley will be padding out the cast of Iron Man 3, further clues to the storyline of the post-Avengers threequel have been revealed with the casting of Guy Pearce as maverick scientist Aldrich Killian, the creator of the Extremis cyborg nano-virus… thing which enhances Tony Stark’s armour but also provides him with some knotty new problems.

In Warren Ellis’ six-issue Extremis story arc, on which Iron Man 3 is apparently based, Killian tops himself quite early on but the effects of his decision to give the Extremis serum to some pesky terrorists continue to reverberate around the world. The evil that men do, eh Bruce?

One interesting thing to consider is that the Mandarin (who Papa Neish thinks is going to be played by Ben Kingsley, although there’s no guarantee at all that his character is being used), is later responsible for a re-release of the Extremis virus in an attempt to reshape the entire human race – pity he doesn’t know that although 2.5% of the world’s population will enormously benefit from exposure, all the others (including him) will just die. Is Killian being rewritten as a villain with screen time more appropriate to Pearce’s celebrity? Could his character be merged with that of Mallen, the domestic terrorist who is given frankly ridiculous superpowers by his exposure to Extremis? Could this all be absolutely unfounded speculation? Yes! Yes! Yes!

Iron Man 3 is out sometime after Marvel Avengers Assemble, which means we basically don’t care yet.