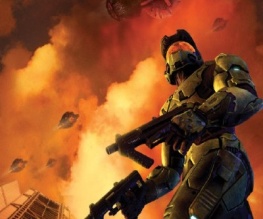 News of a film adaptation of Microsoft’s best-seller Halo is nothing new. For years now the software giant has been trying to squeeze as much money from poor Master Chief as possible and up until one point even had Peter Jackson set to direct the film version. Unfortunately it all fell through, studios realized they would gain little if the film was a huge success, as the rights would stay firmly with Microsoft, but now Bill Gates’ empire has decided the film is happening – even if they need to fund it themselves.

The PC and Xbox 360 Halo franchise achieved unrivalled success within the gaming industry with multiple instalments raking in millions of dollars to Microsoft. It seems then that a large portion of those millions will be used for the film adaptation, remember this is Halo with lots of sparkly CG things that require large amounts of money, but given the series’ fan base the film is unlikely to do anything except make a profit. Microsoft has even hinted at the possibility of an HBO series, not unlike Rome or Band of Brothers, but it still remains to be seen just how hard they are going to scrape the barrel. Actually, it’s technically digging at this point.

Previous: Boo, you whore! Mean Girls 2 looks shit.
Next: Wahlberg pulls out of The Crow remake