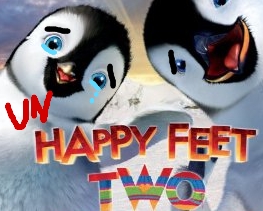 The worst part is that, according to IF Magazine, Dr D Studios, the Australian digital production company behind the film, is laying off 600 staff members come December. Happy Christmas!

It is a real shame, but what we can’t figure out is how nobody foresaw that no-one would go to see it. It’s almost as if the concept of animated penguins dancing and singing isn’t a concept that could be stretched over two films.

Previous: Scarlett Johansson is going to direct a film
Next: Branagh and Fiennes to be honoured at BIFAs