Inception sends First Class back to the blackboard 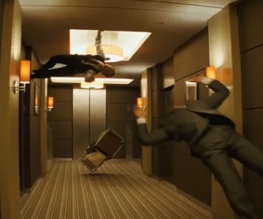 X-Men: First Class director Matthew Vaughn has had to change the script for the forthcoming mutant prequel after realising Christopher Nolan had pre-empted some of his ideas in his blockbuster Inception.

The Kick-Ass director, currently in London working on plans for the latest addition to the huge X-Men franchise, reportedly saw the sci-fi thriller over the weekend and realised that a scene he’d planned looked worryingly similar to one of its trademark dream sequences.

The discarded chunk of script, which apparently ran to 12 pages, featured Professor Xavier (James McAvoy) and other X-Men fighting through a physics-defying set including spinning rooms – the same obstacle faced by Cobb (Leonardo DiCaprio) as he negotiates Nolan’s mind-bending dreamscapes.

It may mean Vaughn has to go back to the drawing board, but sharing ideas with Christopher Nolan is never a bad thing. With Michael Fassbender, Nicholas Hoult and Kevin Bacon all onboard too, it sounds like First Class could be even more interesting than bunking off to the common room…

Previous: Lindsay Lohan is released
Next: De Niro and Cooper on honeymoon?