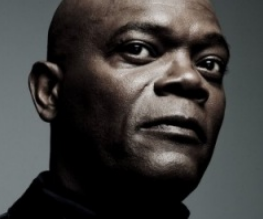 So, as we’re all trying to suppress the knowledge of, Spike Lee is re-making Chan-Wook Park’s utterly perfect Oldboy. No-one except Josh Brolin wants to be in it, but that’s not stopping him. And now he’s asking Samuel L to get involved, and he’ll probably promise him at least one “MOTHAFU**A BITCH PLEASE” and he’ll say yes and we’ll all be sad forever.

There’s been some tricksy casting jousting on Oldboy so far, with various high profile actors such as Colin Firth, Rooney Mara, Clive Owen and Mia Wasikowska all flirting with the idea then casting it aside (presumably because they received our letters). Though a female lead has yet to be confirmed (don’t worry, this doesn’t end with ‘AND SAMUEL L WILL BE PLAYING HER’), the last we heard the lovely Elizabeth Olsen was mulling it over. So where exactly does the Sam dog fit in? According to the L.A Times, Jackson would be playing a villain that gets brutally tortured by Brolin’s character. Are you thinking what we’re thinking? Teeth? Hammer? Yeah.

Anyway, the fact that Jackson’s involvement in anything automatically makes it 45% more badass still only puts Lee’s Oldboy remake at a total of 45% badass. And we don’t get outta bed for less than 100. Thoughts? Cries? Hammerings?