Is Tron 3 on the horizon? 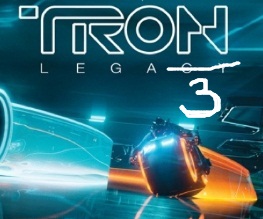 Now, being one of the seven or so people who actually enjoyed Tron: Legacy, for me this is excellent news. But I’m aware I may be in the minority here.

Director Joseph Kosinski, who worked on the Tron sequel for over three years, has revealed that there might be room for a third film in the not so distant future. In an interview with HitFlix he stated that he’d be happy to have another crack at the Grid if the story fit:

“I think that we are working on the story now. If we can come up with the right story and a good reason to return, than absolutely. I’d love to go back.”

Considering the only reason that Tron: Legacy was worth making was to give the original tale a CGI injection, as far as I can see the only reason for a third try would be if they perfected Jeff Bridges young-ifying technology. As soon as the result isn’t just supremely, utter creepy, you know we’ve got a hit on our hands.