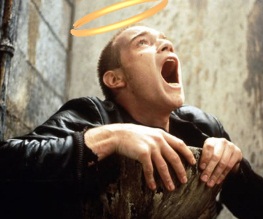 According to the latest BFI report, entitled Opening Our Eyes: How Film Contributes to the Culture of the UK, the British public regards film as more important than all of the following: world news, restaurants, the countryside (WHAT?), music, literature, politics, museums, pubs, clubs, sports, theatre, art, celebrities and religion.

Obviously us folks at BFF already knew that, but it’s still nice to see it confirmed in print.

Trainspotting? Really? It had a SIGNIFICANT effect on our society, did it? Crikey; fetch me some heroin, stat! Although, to be fair, it did make a lot of people want to see Ewan McGregor naked and, from that point on, he hasn’t failed to impress. Does that count?

The British Film Industry does seem to be doing overwhelmingly well at the moment; Tinker Tailor Soldier Spy, Harry Potter And The Deathly Hallows (Part 2), The King’s Speech and (sigh) The Inbetweeners Movie have all topped the box office in recent weeks, pushing Hollywood blockbusters out on their ear. And, with independent films such as Junkhearts set to make a killing in October, it looks like us Brits are crawling our way to the top of the pack.

“And did those feet in ancient time, walk upon England’s mountains green…?”