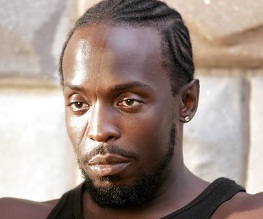 It’s almost that time again. You know, that global event that only occurs every four years, and features examples of human brilliance that you didn’t think were otherwise possible? Yes kiddies, 2012 will be the year of Django Unchained, the latest Tarantino movie destined to provoke mass hysteria.

With casting almost finalised, we can’t help but get a little excited. Django Unchained tells the story of an ex-slave who teams up with a German bounty hunter (Christopher Waltz) in order to get revenge on his ex-owner (Leonardo DiCaprio! It’s about time him and Tarantino got in a room together, right?) and save his still-captive wife. The titular role of Django was between two actors: Jamie Foxx and Michael K. Williams. Being the more obviously commercially sound choice, the role has gone to Foxx. Although this came as a disappointment to The Wire fanatics the world over, apparently Tarantino will be writing an extra role for Williams anyway.

“It’s not official yet but there’s a lot of talk that there may be a role coming back ‘round my way,” says Williams “His people and my people have been in discussions in regards to a role that he is creating for me.”

That was nice of him wasn’t it?

How much do you wish Tarantino was your best friend? I wish it a hundred times.