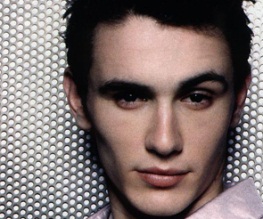 James Franco wants us all to know he is a fully paid-up member of the intelligentsia. He reads. He writes crappy short stories for Esquire. He was in General Hospital for ‘performance art.’ He is in the midst of an art project on himself with fellow visionary Carter called ‘Erasing James Franco.’ Now, university lecturer can be added to the mêlée.

The course will be taught to 12 lucky students at Columbia University, and is entitled “Editing James Franco with…James Franco.” If you ever saw a course title with ellipses, and thought, hey, that’s my kind of jam, then look no further. Students will be asked to create a 30 minute documentary of Mr Franco’s career, from behind the scenes footage of the man himself. And now Columbia has gone way, way down in my estimations.